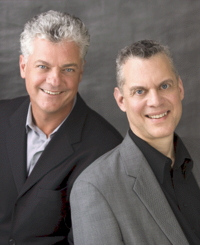 The Kennedy Center’s newly reopened Terrace Theater feels like the perfect place for a tribute to Leonard Bernstein — it’s vibrant but intimate; unique, but working within traditional parameters. The space has smooth, undulating wood-paneled walls and high, staggered ceilings, feeling much greater than its 500-seat space, but allowing the closeness to appreciate a performance that comes unaccompanied by microphones on the main vocals. The instruments are two large Steinway pianos, a series of drums, and the vocal talents of half a dozen artists.

All six vocalists participated, blending the five-part song into a ferocious celebration of Bernstein’s talent.

Bernstein, described by “New York Festival of Song” (NYFOS) Founding Director Steven Blier as a Founding Advisor, would have been 100 next year, while the NYFOS turns 30 this year. Bernstein was a seminal presence in the development of musical theater in the 20th century, and it is clear from both the program and their own performances that Blier and fellow Founding Director Michael Barrett, both of whom played piano for this concert, love his body of work — even the pieces that were part of failed Broadway efforts.

The first vocal song of the performance was “Something’s Coming,” from what is perhaps Bernstein’s most famous work, “West Side Story”. Sung by tenor Miles Mykkanen, the song is filled with enthusiasm, hope, expectation — it captures the earnestness and excitement of youth.

Other pieces came from less notable works — including notorious flop “1600 Pennsylvania Avenue,” which ran for only seven performances. The song “Let’s Have a Ball,” set in the presidency of James Buchanan, highlights the absurdity of fiddling while Rome burns (a reporter, played by Mykkanen, asked Adrian Rosas, playing Buchanan, “How will a ball make America great again?”). Another song from that musical, “Take Care of This House,” provides the theme for the concert itself, and felt incredibly apt, given the Kennedy Center’s location in the heart of the nation’s capital.

“West Side Story” may be Bernstein’s most famous work but his extraordinary versatility was highlighted in every second of the approximately 90 minutes of this performance. Cut songs like “Ain’t Got No Tears Left,” which Blier described as 12-bar blues “a la Bernstein,” and Bernstein’s Songfest works, which draw from some of the best American wordsmiths, lend breathtaking scope to what could have been a tired show tunes repertoire. Justin Austin and Lucia Bradford’s rendition of “I, Too Sing America/Okay Negroes” was jarring, but fascinating, with Bernstein combining the sentiments of two different African-American generations into one discordant duet.

The performance culminated with an encore rendition of “West Side Story’s” “Tonight Quintet,” an ensemble piece considered by critics to rival that of the best in European opera. All six vocalists participated, blending the five-part song into a ferocious celebration of Bernstein’s talent.