‘A Quick 5’ with Colin Davies 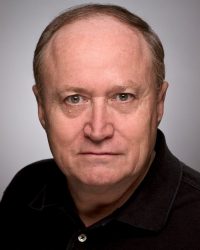 Colin Davies is currently playing the role of the Town Crier in the British Players production of “Beauty and the Beast.” On stage has performed with British Players, Aldersgate Community Theatre, Greenbelt Arts Center, Scenea Theatre, and many more. On TV he has appeared on “House of Cards,” “VEEP,” and “Homeland.” Colin also records books for the Library of Congress and hosts a weekly rock ‘n’ roll radio show on Radio Fairfax.

For more information about the British Players production of “Beauty and the Beast,” click here.

What makes the British Players production of “Beauty and the Beast” the perfect holiday show for the entire family?

For those not familiar, what is a traditional British pantomime?

It’s a British entertainment, performed at Christmas, for the last two hundred years.  Pantomimes are based on traditional stories such as “Aladdin,” “Cinderella,” and “Snow White,” and always include certain stock characters, such as the dame (played by a man), and the leading man (played by a woman).  Lots of singing and dancing that children enjoy, and innuendos for the parents.  Audience participation – cheering the goodies and hissing at the baddies – is an essential component.

Please talk about why it’s so much fun to play the role of the Town Crier.

The Town Crier is one of the roles that can ‘break the fourth wall’ and talk directly to the audience, ad libbing as appropriate.  He explains to the audience what is going on, and helps to move things along.  He has joking interactions with several of the lead characters, and as well as joining in the chorus singing and dancing also get to sing a few lines solo. 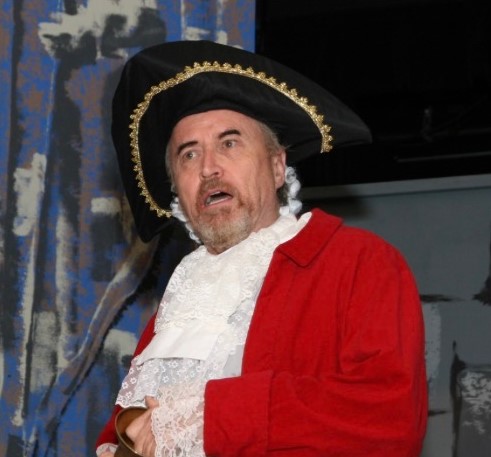 Colin Davies as The Town Crier. Photo by Simmons Design.

How did you get involved hosting a weekly rock ‘n’ roll radio show on Radio Fairfax?

I have worked in radio for years, going back to the late ’60s when I worked in music at the BBC in London.  Since I came to the U.S. thirty years ago I have worked on several radio stations.  The great thing about Radio Fairfax is there are no play lists – they let me choose the music I want to play.

Please talk about some of the famous people you have met while acting and through your radio program.

Though acting I met Julia Louis-Dreyfus, who was brought up in the DC area and was very interested to talk about her and my daughter’s schooling.  I also met the now disgraced Kevin Spacey.  Through my radio show I was invited to Jerry Lee Lewis’ (one of my big favorites) birthday party in Memphis, where I also met Elvis’ backing musicians.