‘A Quick 5’ with Valerie Lash 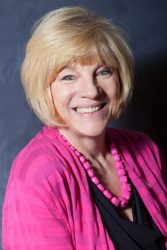 Valerie Lash is the Dean of Arts and Humanities as well as Professor of Theatre at Howard Community College, Founding Artistic Director of Rep Stage, and Executive Producer of Arts Collective. She has an MA and BA in Theatre from The Catholic University of America, an AA in Theatre from Essex Community College, and an MA in Literature from Morgan State University. She has received a Howard County Arts Council’s “Howie Award” as Artist of the Year and has led the college into being honored by the Council with its rarely given “Legacy in the Arts” lifetime achievement award. She has also been inducted in the Howard County Women’s Hall of Fame. Most recently she was honored with the Audrey Herman Award for passion and support of arts and theatre across the greater Baltimore community.

What is “Holiday Memories” about?

It is poignant, true-life adventures of Truman Capote as a young boy during one holiday season in the 1930s’ American South. In the nostalgic style and spirit of fireside chats, Arts Collective plays with light and shadow, and live music. It’s a loving tribute to Truman’s young-at-heart 60-year-old cousin, Miss Sook Faulk. It is an unforgettable portrait of these dear, unlikely friends and their beloved holiday rituals. 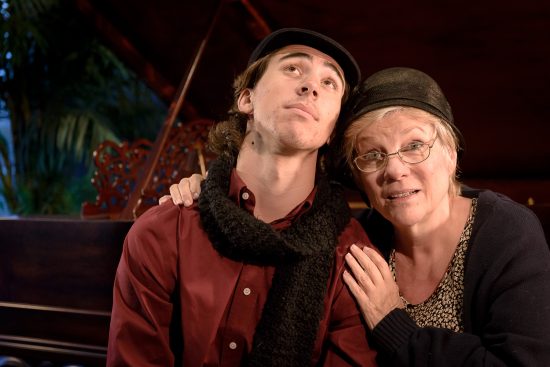 What do you like about getting to play the role of Miss Sook Falk?

I love playing the child-like, free spirited Miss Sook, who more than anything, loves Truman, her “Buddy.”  Exploring their relationship together has been a joy. Being able to experience the memories of that relationship from the seven year old Truman and the adult Truman, simultaneously, has been very enlightening and rewarding.

You have been acting for more than 50 years.  During that time, what has been your most challenging performance and why?

50 years is a long time to be acting, and I think I have performed in over 100 productions. There have been many, many challenging performances over the years. But I would have to say that the most challenging character has been Martha in WHO’S AFRAID OF VIRGINIA WOOLF? I played her once in my 20s, at Dundalk Community Theatre (and far too young); once in my 40s, at Howard Community College (before we became Rep Stage); and once in my 60s at Spotlighters Theater (and too old). One of the many challenges of playing Martha for me was portraying a woman who both loves and hates a man at the exact same time. I didn’t know this was a possibility in my 20s, but with more life experience, I have come to know the truth of this phenomenon. 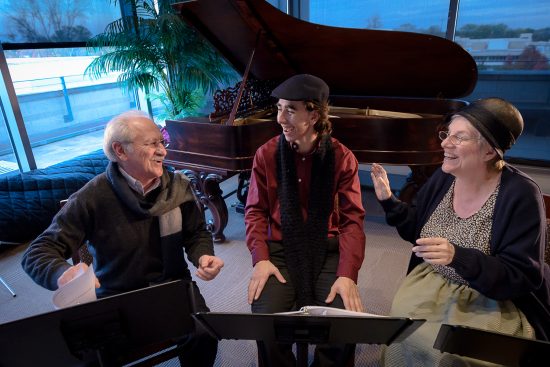 What advice would you give to young, aspiring performers who want to make acting a career?

Be sure you develop multiple skills, so that your day job can support you comfortably while you pursue your acting career.

Why is education in the performing arts important?

Education in the performing arts helps you to develop critical intellectual skills. These skills are extremely important to the actor, as well as to the human being. Without them you will never understand the “why,” which is what you need to be able to successfully act and live!