Ballet Review: ‘The Nutcracker’ by the Washington Ballet at Warner Theater 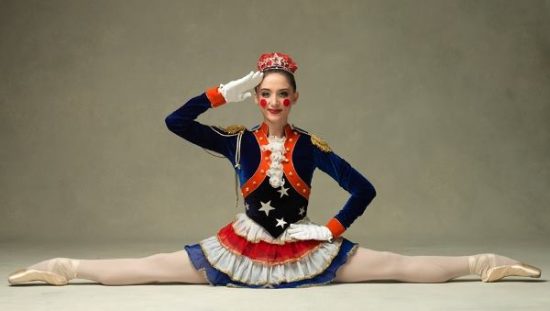 It is an incredibly difficult thing to create something that is both classic and unique, but that is exactly what the Washington Ballet has done with their annual version of the iconic holiday ballet “The Nutcracker.” While many people, even those who are relative novices to ballet, know the story of “The Nutcracker” due to its status as a holiday staple, this version is special to the people of Washington D.C.

If you want to enjoy a holiday classic with some hometown DC flair, make sure to catch The Washington Ballet’s “The Nutcracker” before it flies back to fairyland for another year.

The primary story remains the same; young Clara receives a beautiful Nutcracker doll from her mysterious uncle Drosselmeyer and she is transported on a magical journey to a fantasy land. However, the Washington Ballet puts a home-town spin on this classic. Instead of the traditional setting in 19th century Germany, the setting has moved to a grand Georgetown mansion. The opening Christmas party now includes Fredrick Douglass as a guest, and the large dancing dolls that the children enjoy are a facsimile of John Paul Jones and Miss Liberty. This festive event also includes a nightly special guest. This reviewer saw the show on a special night, Military Appreciation night, where the guest was head of the USO Paul McQuillan. Other upcoming special guests are the Washington Nationals Racing Presidents, Congresswoman Eleanor Holmes Norton, and ESPN personality Tony Kornheiser.

The local changes do not stop there – the dolls that help Clara fight the rats are Betsy Ross, Thomas Jefferson, Benjamin Franklin, and Harriet Tubman. The Rat King bears a striking resemblance to King George III and the Nutcracker come to life looks like George Washington. The scene for the swirling snowflakes is set against a beautifully painted backdrop of the Canal Basin, and the dancing performers are no longer candy, coffee, and tea, but have been transformed into Native Americans and pioneers, among others. Also, very impressively, Clara and her escort no longer are transported on a mere sled, but are taken to the world of Spring on a riverboat and Clara is returned home on a flying hot air balloon!

The sets and costumes are almost impossibly sumptuous and detailed. The intricate backdrops transport the audience along with Clara on her journey and the set pieces figuratively and literally come to life (Scenery Design by Peter Horne). The costumes are both historically accurate and stunning, with sparkling magic sprinkles liberally throughout (Costume Design by Judanna Lynn).

Since this ballet has a long run throughout the holiday season and has many demanding roles, the dancers rotate parts. The audience can find out who is playing which part each night on two large boards in the lobby. I was lucky enough to see phenomenal Washington Ballet principal dancer EunWon Lee as the Sugar Plum Fairy paired with the equally talented Brooklyn Mack as her Cavalier. Both asserted their status as superior purveyors of both ballet technique and style with their intricate and nuanced performances. Lee was completely believable as a fairy, since her dancing made her look lighter than air, the possibility of her taking flight at any moment. Mack’s strength and power took him to incredible heights as well, reminding us that while ballet is definitely an artistic pursuit, these dancers are also on the physical level of world-class athletes. Together, they made intricate choreography look effortless (Choreography by Septime Webre.)

Other standouts were Kateryna Derechyna as the Dew Drop Fairy, Venus Villa and Rolando Sarabia as the Snow Queen and King, and Sona Kharatian and Tamas Krizsa pulling double duty as Clara’s mother and father in the first act and the Anacostia Maiden and Brave in Act II. Clara was played by Hui-Wen Peng and she did an excellent job. Having a huge production centered around your character can be a great deal of pressure for someone so young, but Peng carried it deftly on her very capable shoulders. I would also be remiss not to mention the other children in the show- they brought both a joy and fullness to the production that would have been sorely missed without them. A personal favorite was the group of bumblebees that helped to open the second act. The costumes were colorful, the kids were adorable, and the dancing was perfect.

I would also be remiss not to mention the other star of the ballet: Tchaikovsky’s beautiful and timeless score. The holiday season just isn’t the same without the music box sound of “The Waltz of the Sugar Plum Fairy,” the jubilant swell of the “Russian Dance” and the romantic tones of “The Waltz of the Flowers.” Even though the story shifted to an American scene, the music is unchanged and iconic.

If you want to enjoy a holiday classic with some hometown DC flair, make sure to catch The Washington Ballet’s “The Nutcracker” before it flies back to fairyland for another year.

Advisory: Due to some pyrotechnics and a scary sequence involving dancing rats, “The Nutcracker” is recommended for audiences 4 and older.

The Washington Ballet’s production of “The Nutcracker” playing now through December 24th at the Warner Theater.  For more information on tickets, please click here.