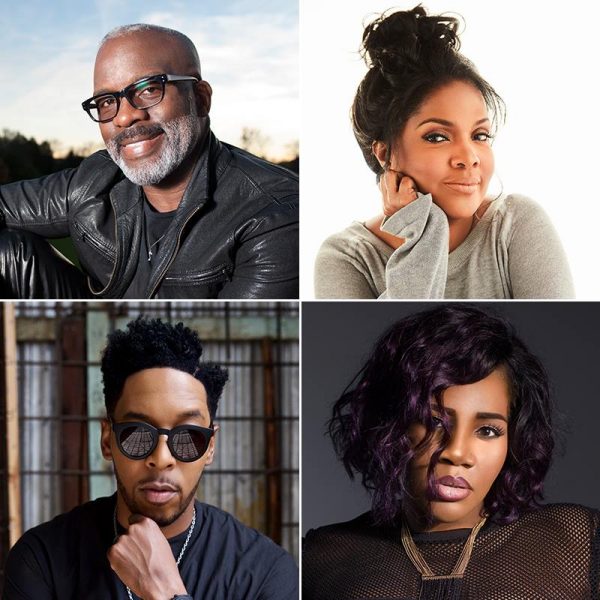 Originally conceived as a commemoration to the birth [and resurrection] of Jesus Christ, Handel’s “Messiah” has become a Christmas-time staple. Masterfully written in approximately four weeks and originally premiered in the spring of 1741 (Handel’s inclusion of the death and resurrection of Jesus in the second and third acts suggests that the piece was most likely written for Easter), “Messiah” has easily become one of the most regarded, performed, and adapted choral works of all time. Enter Mervyn Warren.

…certainly an event to remember and it was a pleasure to hear the album performed live by such great musicians.

This year marks the twenty-fifth anniversary of five-time Grammy Award Winner and 10-time Grammy nominee Mervyn Warren’s award-winning gospel album “Handel’s Messiah: A Soulful Celebration.” Throughout the years, Warren has worked as a film and TV composer, record producer, lyricist, songwriter, arranger, pianist, and vocalist and easily conforms to the stylistic practices of just about any genre including pop, R&B, jazz, orchestral, classical, hip-hop, vocal, country, and gospel. He’s produced for a number of A-list vocalists including Whitney Houston, Michael Jackson, Queen Latifah, Rascall Flatts, Dolly Parton, Barbra Streisand (the list goes on), composed for numerous feature films, and as if that isn’t enough, was a charter member of the Grammy Award-winning a-cappella sextet Take 6! In layman’s terms, the man is talented. All of that being said, it’s no wonder that “Handel’s Messiah: A Soulful Celebration” is as synonymous with the holiday season as the original.

On Wednesday, December 20th, in order to celebrate the twenty-fifth anniversary of the Grammy and Dove Award-winning album, the NSO Pops orchestra, alongside a who’s who of vocal talent, presented nine works from the original 1992 recording in addition to three new works composed by Warren in the first-ever live performance of the album.

The NSO Pops’ presentation of “Handel’s Messiah: A Soulful Celebration” was such a treat to experience. Featured artists included some of the top talent of today: Jennifer Holliday, BeBe Winans, CeCe Winans, Take 6, Marvin Sapp, The Clark Sisters, Chanté Moore, Deitrick Haddon, Billy Porter, Kelly Price, Sheléa, Janice Chandler-Eteme (who appeared on the original album), Nnenna Freelon, and the Steven Ford Singers; this line-up alone suggests greatness. Conducted by Steven Reineke, the NSO Pops did a fantastic job of bringing this wonderful album to life in a historical performance featuring an all-star lineup. Literally the entire concert in and of itself was a highlight, however, there were a few performances that outshone (by just a hare!) the rest. First up: Billy Porter’s rendition of “Every Valley.” Who knew Handel could be so funky!? Answer: the great sage Mervyn Warren. I guarantee that not a single foot in the concert hall stood still; Porter’s performance commanded even the most conservative of concertgoers to move (even if just a little). It’s impossible to put Take 6’s greatness into words, but they do have a certain, shall we say, je ne sais qua? Their performance of “Oh Thou That Tellest Good Tidings to Zion,” alongside the legendary Marvin Sapp and Fred Hammond, caused many a collective swoon from the audience. And last but not least, CeCe Winans’ touching performance of “I Know That My Redeemer Liveth” may have been the most emotionally driven performance of the evening.

Handel’s “Messiah,” to many Americans, is THE sound of Christmas and Warren’s treatment of the masterwork is a masterpiece in its own right. The NSO Pops orchestra’s presentation of “Handel’s Messiah: A Soulful Celebration” was certainly an event to remember and it was a pleasure to hear the album performed live by such great musicians.

“NSO Pops: Handel’s Messiah: A Soulful Celebration” was a one-night-only performance at the John F. Kennedy Center for the Performing Arts. For tickets and more information, click here.