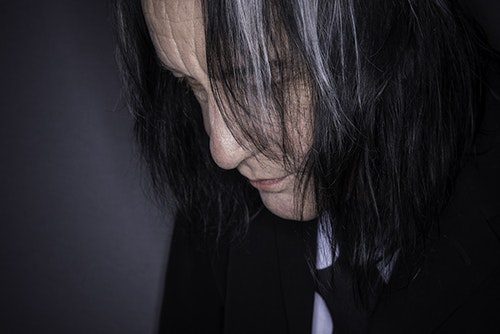 Rams Head on Stage at Maryland Hall again played host to another unsung, “quiet giant” of the music industry on November 29, 2017. Todd Rundgren may not be familiar to today’s generation but he should and hopefully he will be getting more recognition. He was recently given an honorary doctorate at the Berklee College of Music and was its commencement speaker.

“It was an excellent, nonstop performance by Rundgren…”

Todd Rundgren is considered the groundbreaking, godfather of marrying music with multi-media as well as a renaissance man in the music industry. He is a musician, songwriter, a hit-making producer, engineer, computer software developer, conceptual, and interactive artist. He has toured extensively as part of Ringo Starr’s All-Starr Band – as recently as this year. During his career he formed the groups Nazz, Runt and Utopia. While with Utopia, he wrote what is considered his signature hit, “Hello It’s Me.”

The song gained a huge following when Rundgren rerecorded an uptempo version on the stellar 1972 double album Something/ Anything? where he played every instrument and did all the vocals (except for one side). It became a top ten hit in 1973. “I Saw the Light,” “Can We Still Be Friends,” “We Gotta Get You A Woman,” “Open My Eyes,” and “Bang the Drum” are among his many other hits.

As a producer, his work includes Skylarking by XTC We’re an American Band by Grand Funk Railroad, War Babies by Hall & Oates, Wave by Patti Smith, and Meat Loaf’s debut Bat Out of Hell which was the fifth best selling album of all time. Rundgren also composed music for the 1986 television series Pee-wee’s Playhouse and Crime Story as well as the movies Undercover and Dumb and Dumber. (And how can you not love a man who threw his heart into being a “father” to Liv Tyler.)

An innovator and chameleon on all levels (like his backup singers, he had four costume changes – from a “Robert Palmer” suit and tie to barefoot in black and white tiger print tights and a white leather jacket sans shirt), you never know what to expect from Todd Rundgren. And if you were expecting the aforementioned greatest hits, you may have been disappointed (a few were and left early.) The only song that made it was “Hello It’s Me” as part of the encore with Utopia’s “Just One Victory.”

The two-hour concert was a mix of new work from his latest album White Knight (the beautiful and haunting “Beginning Of the End” was a standout, as well as the soulful, old-school “Chance for Us” which he co-wrote and recorded with Daryl Hall on the album) and sprinklings of classics from the Utopia days (“Secret Society” and “One World”) with songs from a variety of albums through the years: the infectious “Truth” and soulful “Past” from the 2004 album Liars; “Rise” from 2015’s Global; “Sir Reality” from 2013’s State; and “Buffalo Grass” from 2000’s One Long Year, to name just a few – all accompanied by very high production values in the lighting and audio/visual effects. Admittedly some of it was out there but it was pure Todd. There was a scathing but funny song (depending on your point of view) – a commentary on the current administration which has caused some controversy – presented in video called “The Man in the Tin Foil Hat.”

It was an excellent, nonstop performance by Rundgren, his band (Prairie Prince on drums, Kasim Sulton on bass, Jesse Gress on guitar and Cars’ Greg Hawkes on keyboard and sax) and his two backup singers, Ashle Worrick and Grace Yoo, aka the Global Girls.

His voice was in top form as well as his skills as a guitarist. Although he rarely editorialized or introduced the songs, he constantly and tirelessly worked the entire the stage, at times inviting the audience to participate.

Todd Rundgren is immensely talented artist – always experimenting and stretching the boundaries. But I admit I would have loved to have heard just a few more of the hits that made my 16-year-old heart fall in love and hold so many great memories.

This was a one night concert at Rams Head on Stage at the Maryland Hall for the Creative Arts, 801 Chase Street, Annapolis, MD, 21401.

For upcoming concerts at Rams Head on Stage at Maryland Hall, go online.