Concert Review: ‘Tom Teasley and Seth Kibel’ at The Mansion at Strathmore 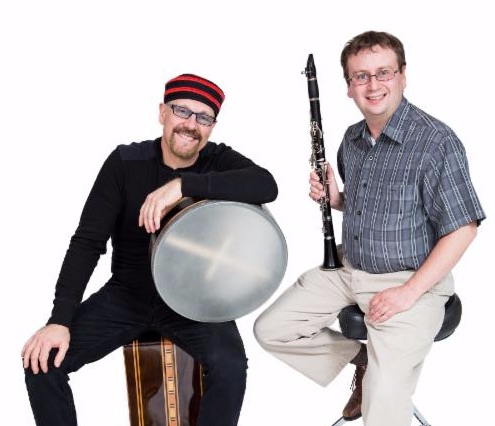 ‘Tom Teasley and Seth Kibel’ at The Mansion at Strathmore.

The greater Washington DC area has been blessed with two of the foremost musicians in the genre of world music. Seth Kibel is the region’s premier woodwind specialist while Tom Teasley has traveled the world studying percussion. Both are remarkable musicians in their own right and joining forces makes them a truly remarkable performance experience.

It started off as a joke as these two men often won in the same categories at the Washington Area Music Awards that they should do a collaboration and really clean up. When Kibel was approached about doing a new project that he’d never done before, he called up Teasley and thus “Tiny Planet” was born. This project is a wonderful exploration in the give and take between two talented individuals and how they can come together.

Kibel and Teasley’s program was mostly improvised. It truly was like watching a conversation between two people who are deeply connected. The fluidity in their relationship and their unique styles made for some beautiful music that may never happen again. At times, it was like the audience wasn’t there and they were just living their music. This electric and engaging energy created an incredible experience.

Teasley specifically has traveled the world to collect various percussion instruments and to study techniques of playing. He explained that he loves to take an instrument from one part of the world, apply a playing technique from another part, and then explore that through the lens of American jazz. He also loves the combination of ancient instruments and modern, using a drum synthesizer alongside his other instruments.

As it is getting closer to Christmas, Kibel through in the melodies of several Christmas carols and other songs of the holiday season. This drew the audience in and truly fit the spirit. With the Mansion beautifully decorated for the season, it was lovely hearing some familiar melodies.

At one point both men wandered down the aisle while they played. It felt like a parade, the audience wanted to get up and follow wherever they would lead. Teasley even allowed an audience member to play his tambourine.

Each is a multi-instrument whiz. The way their music moved and it would build and then fall again was truly special. These two men are truly having a wonderful time playing together and how lucky we are that they have allowed audiences in on what they have created.