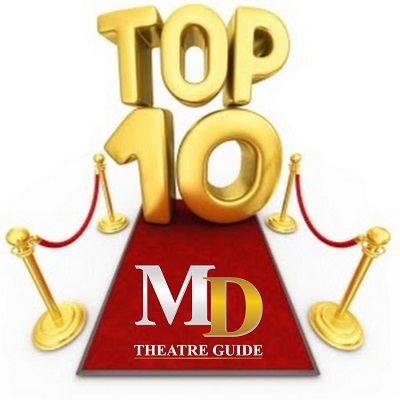 2017 was a great year for theatre across the MD/DC/NOVA area!  From the list of shows that I personally had the chance to review or watch this year for MD Theatre Guide, I chose my ‘Top 10 Favorite Shows of 2017!’

“Olney Theatre Center’s production of “My Fair Lady” is a fresh, hot, and deliciously satisfying re-envisioning of Lerner and Loewe’s classic.” 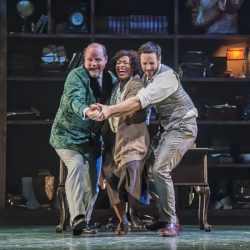 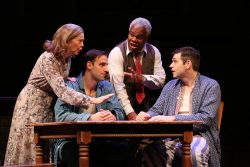 3. “No Sisters” at Studio Theatre.

“…this play isn’t just about them, it’s about you…a deeply moving and unique experience.” 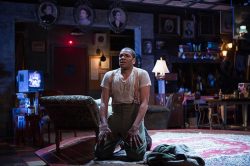 Biko Eisen-Martin in ‘No Sisters’ at Studio Theatre. Photo by Teresa Wood.

“…a sensational world-premiere musical that is relevant and ready for today’s audience.” 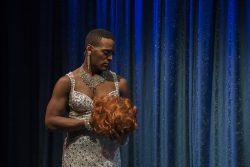 “I highly recommend scheduling this play on your social calendar.” 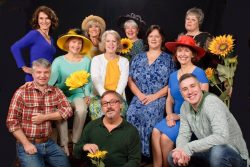 6. “Crazy for You” at Signature Theatre.

“If you are looking for first-class entertainment this holiday season, then look no further than Signature Theatre’s tap-dancing, musical extravaganza, ‘Crazy for You!'” 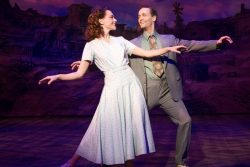 Ashley Spencer as Polly Baker and Danny Gardner as Bobby Child in ‘Crazy for You’ at Signature Theatre. Photo by C. Stanley Photography.

7. “Carrie: The Musical” at Cumberland Theatre. 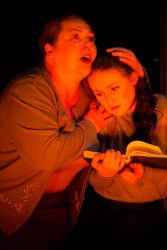 Nicole Halmos as Margaret and Taylor Campbell as Carrie. Photo by Wolford Photography.

8. “Arsenic and Old Lace” at Cockpit in Court.

“‘Arsenic and Old Lace’ is your chance to see the brilliant work of Director F. Scott Black, complete with dream cast.” 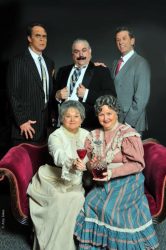 The cast of “Arsenic and Old Lace.” Photo courtesy of CCBC.

9. “The Hunchback of Notre Dame” at Toby’s Columbia Center for Theatrical Arts.

Educating children for over 45 years, the training that the young, aspiring performers receive at Toby’s Columbia Center for Theatrical Arts is world-class. I was lucky enough to see their amazing production of “The Hunchback of Notre Dame” twice.

10. “Out of This World” at Ringling Bros. and Barnum and Bailey Circus.

The final farewell tour of the Ringling Bros. and Barnum and Bailey Circus featured “The Greatest Show on Earth,” called “Out of This World.” The space theme dazzled audiences with people in space suits walking on the moon, ice skaters on stilts, and a story about a young boy dreaming of one day becoming a ringmaster, like Johnathan Lee Iverson.