Theatre Review: ‘Twist Your Dickens’ by The Second City at The Kennedy Center 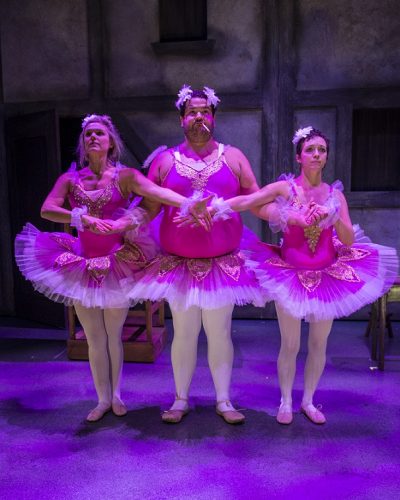 “God bless us, every one!” This is one of the most well-known quotes in the English language and comes from Charles Dickens’ classic novella “A Christmas Carol.” Countless productions of this iconic story of repentance and redemption are staged each holiday season. If you are looking to see a true and faithful retelling of this heartwarming story, “Twist Your Dickens”… is not what you’re looking for. If you’re looking for a retelling that will simultaneously celebrate it and mock it mercilessly, while making you laugh uproariously, this is for you.

…there are a plethora of choices for you during the holiday season, but I would definitely recommend taking the time to check out “Twist Your Dickens.”

For those not familiar with The Second City, they have been performing improv-based sketch comedy for over 50 years. They have permanent residency shows in Chicago, Toronto, and Hollywood and they also perform shows all across the United States. Some of their alumni have gone on to rise to the top of Hollywood’s comedy scene: Tina Fey, Bill Murray, Amy Poehler, Steve Carell, Martin Short, and Steven Colbert are just a few notables.

“A Christmas Carol” is the story of Ebeneezer Scrooge, a cold-hearted miser who has lost the spirit of Christmas. His recently deceased business partner returns from the grave to warn him what will happen to him in the afterlife if he does not change his ways, and to help him in this journey are the ghosts of Christmas Past, Present, and Future. While this basic story-line remains in “Twist Your Dickens,” the rest becomes not just parodies of “A Christmas Carol” and Dickens, but of pop-culture, history, and literature in general. Nothing is off limits: the three Wise men debate the merits of trickle-down economics, the many orphans of Dickens’ work join forces with their American friends Annie, Dorothy Gale, and Batman to rise up for orphan rights, and the inhabitants of the island of misfit toys find new homes – with hipsters who love them ironically. Even other productions of “A Christmas Carol” aren’t safe – a cast member warns that if they want to see a boring, old version, they can head over to Ford’s Theater.

Something that makes The Second City’s shows fun and unique is the improv aspect. At several points in the show, the actors asked the audience to shout out suggestions, proceeding with the scene from there. As you can imagine, it takes an enormous amount of skill to make up a hilarious scene on the fly, but the actors did so with ease. In fact, for this reviewer, the improvised scenes were some of the funniest of the evening. One particularly fun instance was where the audience was encouraged to write down their “misdeeds” before the show began and then several of them were read at random at different points during the show. A few of them were so funny they actually became running gags.

With a show like this, the success is almost 100% up to the actors. Improv is quick and brutal; if you aren’t fast (and funny) on your feet, you can lose audience goodwill in an instant. Lucky for The Kennedy Center, the seven actors that perform the many characters throughout the show are razor sharp and lightning fast. All seven cast members excelled at this particular brand of cheeky comedy and their timing was impeccable. John Lescault brought the gravitas of his long, Shakespearean career and basically threw it out the window in his hilarious turn as the famous miser. He turned his famous quote, “Bah, Humbug!” into an event, with flashing lights and sirens to hype it up. Tia Shearer delighted as Tiny Tim, excelled at comic voices and conveyed over-dramatic innocence with her wide-eyes.  Aaron Bliden portrayed Bob Cratchit, but instead of the storied patience you normally see from this character, Bliden had reached the end of his rope with his skin-flint boss, and he plotted to kill him.

Mrs. Cratchit joins in on the murder plot, and Anne Bowles brought her and many other hysterical characters to life. Eric M. Messner shone as Marley, who started Scrooge on his journey toward redemption and also turned in a solid Jimmy Stuart/George Bailey impression throughout the show. However, the two standouts for me were Carisa Barreca and Paul Jurewicz as the ghosts of Christmas Present and Past. Jurewicz was riotously funny as 80s rocker Ghost of Christmas Past and never dropped a lead that he was given. He picked up on jokes instantaneously and carried them forward, creating reoccurring jokes than ran throughout the entire show. Barreca not only played a guffaw producing drunk lounge singer in a misheard Christmas song lyrics bit, she delivered an almost too real portal of the Ghost of Christmas Present as a vacuous Paris Hilton type, that made me laugh to keep from crying about the fact that people like that actually exist.

While this show is definitely a send-up of the classic “A Christmas Carol” story, it actually makes it much funnier if you are familiar with the traditional story. As I previously stated, there are a plethora of choices for you during the holiday season, but I would definitely recommend taking the time to check out “Twist Your Dickens.” It truly is a unique and hysterical re-telling of a Christmas classic.  It will crack you up and help you take this time of year a little less seriously.

Advisory: Due to adult themes and some seriously salty language, this show is recommended for audiences 16 and older. There is also a period of strobe light usage.

“Twist Your Dickens” is running now through December 31st at the Kennedy Center’s Theater Lab. You can find more information about tickets here.