Synopsis: This contemporary retelling puts a fresh, modern twist on Lewis Carroll’s classic tale. Alice falls through the looking glass and finds herself on a journey of self-discovery. She encounters the familiar and fantastical in this world of curiosity and wonder, coming face to face with wild characters, and obstacles and oddities. Inspired by Carroll’s beloved stories, Lookingglass Alice is an Alice for all generations. 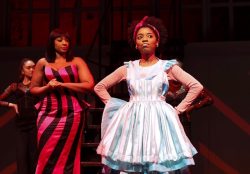 2. The Best Christmas Pageant Ever at Silver Spring Stage.

Synopsis: Adapted from the best-selling Young Adult Book, this hilarious Christmas classic of a couple struggling to put on a church Christmas pageant faced with casting the Herdman kids – probably the most inventively awful kids in history. Audiences will delight in the mayhem and fun when the Herdmans collide with the Christmas story head on! 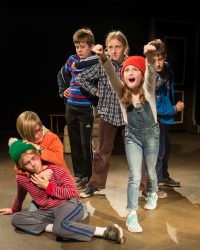 3. Twist Your Dickens by The Second City at The Kennedy Center.

“…there are a plethora of choices for you during the holiday season, but I would definitely recommend taking the time to check out “Twist Your Dickens.” – Kristin Franco. 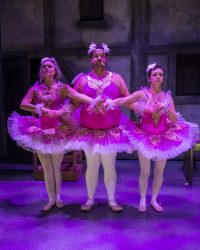 “‘A Christmas Carol’ by the Annapolis Shakespeare Company is fantastic and the perfect present for the entire family.” – Jeanie Casison.

Synopsis: This season the Annapolis Shakespeare Company (ASC) captures the holiday spirit with its inspiring and heartwarming production of Charles Dickens’ “A Christmas Carol.” The world premiere adaptation by Sally Boyett and Donald Hicken (who also directs) brings the classic tale of Ebenezer Scrooge to life with superb performances and stunning visuals that transport you to Victorian-era London. 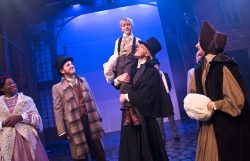 5. Draw the Circle at Mosaic Theater Company of DC.

Synopsis: Gender transition can be a test for any household—but when Mashuq Mushtaq Deen comes out to his conservative Muslim family, traditional values and Western ideals collide in a hilarious and moving immigration journey unlike any other. Told entirely from the point of view of family and friends, yet performed by Deen himself, Draw the Circle is a moving story about survival, transition, and unconditional love. Part of the series “Transformational Journeys: Inspired Singular Explorations.” 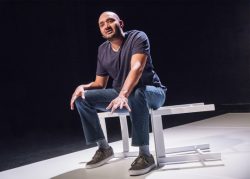