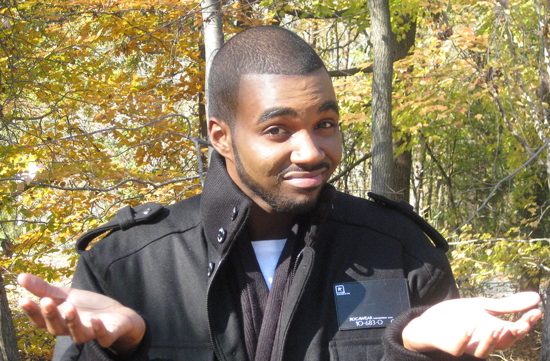 It is not often that one gets to experience stand-up comedy in a venue as beautiful as AMP Powered by Strathmore.  It has a warm and delightful atmosphere that puts the audience at ease and ready to laugh.

…Lafayette Wright has an electric energy and bright spirit.

Local comedian Lafayette Wright has an electric energy and bright spirit. He took the time to interact with the audience when he first got on stage which really benefitted him. Not only did it provide him with some great callback jokes, but it also allowed him to gauge what the audience would find funny. His jokes spanned dating to race to politics to pop culture with a charming flow and smart setups. He portrayed a genuine persona that made him adorably relatable.

His opener was Raj Balani, a dry comedian who focused on Indian parents and dating. He had several strong jokes and held his own on the stage. The night was hosted by Sadie Dingfelder from Express with silliness.

It was a fun and funny night. Everyone in the audience left feeling a little lighter and happier.

The next Comedy Night at AMP Powered by Strathmore is March 8. For tickets and more information click here.