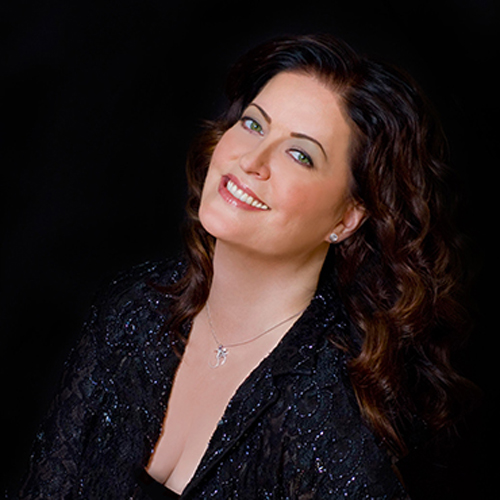 Ann Hampton Callaway is a jewel in the world of live entertainment. This multi-talented songstress returned to the BSO this year backed by the rich and swinging sounds of the Baltimore Symphony Orchestra (special kudos to the horn section and the glorious sax solos) – and again under the always-reliable baton of Jack Everly. Previously voted “Performer of the Year,” Ms. Callaway is coming off her second year in a row of being voted Broadway World’s “Best Jazz Vocalist” and also winning “Best Tribute Show,” “The Ella Century.” An impassioned torchbearer of the Great American Songbook, Ms. Callaway presented a wonderful tribute to some of the finest ladies of song, ranging from Ella Fitzgerald to Adele.

“Callaway…filled the Meyerhoff with warmth, humor and charm – and a voice with incredible power and range.“

Ms. Callaway is a singer, pianist, composer (whose songs can be found on seven of Barbra Streisand’s recent CDs), lyricist, arranger, actress, Tony-nominee, educator, TV host and producer and makes time for philanthropic work. Her accomplishments and accolades are many but Ms. Callaway is at her best performing in front of a live audience. She filled the Meyerhoff with warmth, humor and charm – and a voice with incredible power and range.

After an orchestral medley of the songs, Ms. Calloway came to the stage, elegantly dressed in black and opened the show with the lively “From This Moment On,” followed with a bossa nova-flavored version of “With A Song in My Heart.” There was a running joke that her ex-husband was sitting in the front row so “Lover Come Back” made famous by Anita O’Day was a great follow-up.

She then gave a stunning rendition of a song not often performed and made famous by the great Peggy Lee, “The Folks Who Lived on the Hill.” Though it is a song that has been perhaps over-played, Ms. Calloway did a beautiful version of “Somewhere Over the Rainbow,” with the musical intro that isn’t often included. Keely Smith was honored with “Old Black Magic” as well as 1920s French song that later morphed into “My Man,” a huge hit for Fanny Brice, then Barbra Streisand as Brice in the film, “Funny Girl.” She did an amazing imitation of Billie Holiday singing “God Bless the Child” and then as Sarah Vaughan doing “Misty.” She then wrapped up her triumvirate of the great ladies of jazz (and the first half of the performance) with Ella Fitzgerald’s “How High Moon” – proving she can scat like the best of them.

After the intermission, the audience continued the wonderful vocal ride through diva history with more contemporary singers adding her own personal experiences and stories and have a lot of fun with the audience throughout. Julie London’s “Cry Me A River” with a gorgeous sax solo. Ms. Calloway also played the piano while featuring singer/songwriters  – Carole King’s “You’ve Got A Friend” and Carly Simon’s “That’s The Way I’ve Always Heard it Should Be.”  Her most contemporary diva represented was Adele with “Someone Like You.”

Ms. Calloway then segued into a fun segment giving the audience a chance to make suggestions so she could write a song about Baltimore with each section of the audience contributing. The result was very funny. The concert ended with Barbra Streisand’s iconic “Don’t Rain on My Parade.” After a standing ovation, Ms. Callaway brought the house down with Etta James’ “At Last.” We hope that Ms. Calloway keeps on coming back, again and again, to share her immense talent with Jack Everly and the Baltimore Symphony Orchestra.