‘A Quick 5’ with Awa Sal Secka 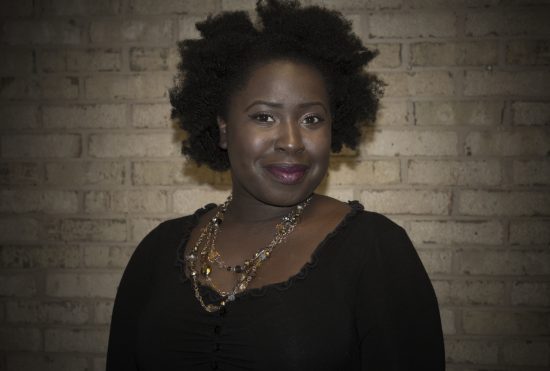 Awa Sal Secka is currently making her debut at Ford’s Theatre as Glinda in “The Wiz,” now playing through May 12, 2018.

Awa Sal Secka has appeared on stage in “Jesus Christ Superstar” at Signature Theatre, “Caroline, or Change” at Round House where she received a Helen Hayes nomination, “Me…Jane, Chasing the Wind” at the Kennedy Center, “Avenue Q.” at Olney Theatre, and “James and the Giant Peach at Adventure Theatre-MTC, to name a few.  She received her A.A. in Theatre Performance at Montgomery College.

Please tell us a little bit about your character, Glinda.

Glinda is one of four witches who live in Oz, all of them are sisters, but she and her sister Addaperle are good witches! They both, in our production, represent very important parts of black history and the black experience, so while you get to see Dorothy begin her journey with the guidance of Addaperle and end it with that of Glinda, you are also seeing Dorothy find herself in these historically memorable places, etched with the beautiful dissonance of this new land. Upon arrival, Glinda gives Dorothy a place, finally, to just exist. Dorothy has been running towards any semblance of home the entire show, and finally Glinda gives her a place to rest. Glinda tells Dorothy that she can always call Oz home, but also reminds her that her self-determination and belief in herself, is enough to get her home, or anywhere else she wants to be.

How do you feel when you put on your costume designed by Kara Harmon?

THIS. COS. TUME. is incredible! I don’t think I’ve ever felt so luxurious in my life. Kara is incredible, and throughout the show, time after time just makes every single one of us feel beautiful in her costumes. I feel so blessed to be wearing what I do for Glinda because alone, it is truly a work of art! I feel that way in all the pieces she’s designed in the show, because they are celebrating our bodies, as opposed to diminishing them. It’s a blessing.

Please name a few performers in “The Wiz” that you admire and why?

Oh man, I would name every single one of my castmates and give you a never-ending list of the incredibly beautiful things that they do, but I don’t think there’s enough time in the world!

First one that always, always comes to mind is Ines Nassara (Dorothy). She was my inspiration in my youth to continue to pursue this career, and what inspired me about her was not just her incredible, unfathomable talent, but her heart and her drive! This woman gets it DONE. I had a hard time believing that I could make my dreams come true in my adolescence, because I was often being told my dreams went too far, or weren’t right for me; and then I met Ines, a young woman, much like me but wise beyond her years, and she helped me to find all of that within myself. She was my in-real-life Glinda, and now, she’s our beautiful Dorothy and she’s a force! To this day, she inspires me, and I feel so blessed to be in a show with her again!

And then there’s Kevin McAlister (Tinman), who is a blessing just in his existence. He is such a professional, such a wonder of a performer and a truly incredible human being. I had the pleasure of working with Kevin last year with his theatre company, ArtsCentric, and I have to say that in every instance, as a director, as a castmate, as friend, he works tirelessly to bring excellence to everything he does,  and does it with grace. It has been no different in “The Wiz.” Watching him perform Tinman, I feel myself being inspired in that wide-eyed way you feel when see your first show as a kid, you know? And I feel that every time. He is incredible.

I admire these two  because they exemplify excellence in every way, and are constant inspirations for their peers and those to come. It is an honor to stand beside them on Ford’s stage! 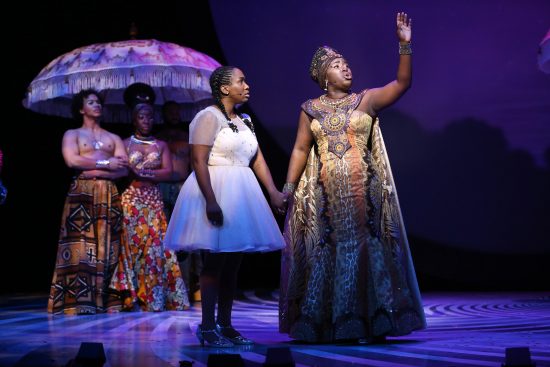 If you had a magic wand, what show would you do next?

Oooo, I would love to play Dessa in “Dessa Rose” or be the first black Jenna in “Waitress!”

I love to catch up with my old friend, Sleep, I miss him so much! But aside from resting up for the show, I love, love, love to learn and working in D.C. makes it easier to get to the museums and art exhibits, so that’s always awesome. I also love just catch up with friends and family to see how they’re doing. When doing a show, I tend to lose the rest of the world, so when I get a chance to bring my head back into life, I do my best to check in with them.