‘A Quick 5’ with Greg Watkins 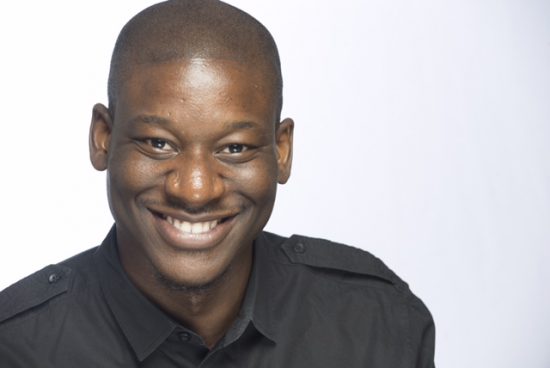 Greg Watkins is currently playing the role of Polyneices in Avant Bard’s production of “The Gospel of Colonus,” now playing through March 25th at the Guston Arts Center.

Greg Watkins is a born and bred Washington, DC native. This well-respected artist has talents as a singer, pianist, musical director, composer and arranger, actor, and voice talent. He is a graduate of The Duke Ellington School of the Arts and The Howard University (B.M. Music Education), and a former graduate student of Catholic University, where he pursued his masters in vocal performance. In 2008, Greg traveled to New York City’s Jazz at Lincoln Center to receive the ASCAP Foundation/Cherry Lane Foundation/Music Alive Scholarship Award in Honor of Dr. Quincy Jones for his outstanding work in production, composition, performance, and musical direction. In 2012, Greg was invited by Dr. Marian Wright Edelman and The Children’s Defense Fund to share two of his musical compositions “It Takes a Village to Raise a Child” and “Let Excellence Be Your Goal” for the Annual Beat the Odds Program. Years later, the Coalition for African-Americans in the Performing Arts (CAAPA) honored Greg Watkins with its 2015 Emerging Artist award for his outstanding work with children, his service to the community, and his many accomplishments as a rising artist; a budding renaissance man. In October 2015, Greg reprised his role as Paul Laurence Dunbar in a very special PBS documentary, “The Life and Legacy of Paul Laurence Dunbar,” followed by a performance at the John F. Kennedy Center for the Performing Arts, showcasing his talent as a narrator in the “Appomattox Preview,” a newly-revised opera by Phillip Glass and Christopher Hampton. He later co-starred in the Theater Alliance production of the classic “Black Nativity.”

For more information about Avant Bard’s production of “The Gospel of Colonus, click here.

What do you like about playing the role of Polyneices?

Polyneices takes a lot out of me, I will admit. He is so mischievous. Unfortunately for him, nothing good ever comes from sowing so much “evil kindness” into the earth. In the end, Polyneices never gets his father’s throne, he dies at the hand of his own brother, and then he never even gets a proper burial. What a loss; a pity and a shame. But Polyneices was the cause of his own demise. I love the grit of playing a bad boy, a slickster, an antagonist and a villain. It’s a role that most of my friends and supporters would not expect me to play. It’s largely because of my religious background as a Christian believer that many individuals view me as almost a guy without spot, blemish, or wrinkle. Frankly, I find it quite hilarious. On that stage, I am having the time of my life and I’m challenged by a character antithetical to me! THAT’S ACTING! Not to mention, I just love performing. It is a world like no other.

What can audiences learn from watching “The Gospel at Colonus?”

We are born to die, and though life can deal many of us a bad hand, we are in charge of how we choose to play it. In this life, we are given choices. How will we live? How will we show love? How will we protect our families? Will we honor our parents and the God of our ancestors? Although death for many of us is viewed as a penalty and a horrific occurrence, it is a reward (particularly for the Christian believer). Life here on earth can be hell in of itself—but to be taken away from earthly bondage “without lamentation, suffering or pain” can be the sweetest reward and reprieve one could ever experience. “The Gospel at Colonus” is a story about redemption, reconciliation, love, and generational affirmations. Redemption offers a release from sin, and it shows us the value God has placed upon us. Yes, sin is destructive and iniquity is mightily at work within the world in which we live. But God desires to keep us purified in an effort that we might be a special people unto Him and this cruel world. I believe it is quite unfair that God would punish any child for the sin of its father. But in learning of Oedipus’ story and many earthly stories alike, I find that the sin is usually passed down through each consecutive generation. When a father has a sinful lifestyle, his children are likely to inherit the same. The implication of the book of Exodus as referenced in this show, Exodus 20:5, is the fact that the children will choose to repeat the sins of their fathers. Arguably so, however, the cure for a generational curse has always been repentance. For God’s grace reigns supreme over His wrath.

Please talk about one of your biggest accomplishments so far in your career.

One of the most extraordinary blessings of my professional career has been working alongside the iconic Phylicia Rashad as co-music arranger and musical director for the staged reading of Christina Ham’s “Four Little Girls.” What a thrill! Gleaning from Ms. Rashad’s beauty is one thing—a thing not to be overlooked because she is absolutely stunning and an awe-inspiring talent. But to witness the ways in which she digs deeply into her craft and the content of the stories she is tasked to tell through her direction is something all the more. What artist would not grow from an encounter with Ms. Rashad? She profoundly cherishes her work. She values the rich tradition and impact of the art form. I am honestly a truer artist because I have supped at the table of Ms. Phylicia Rashad. 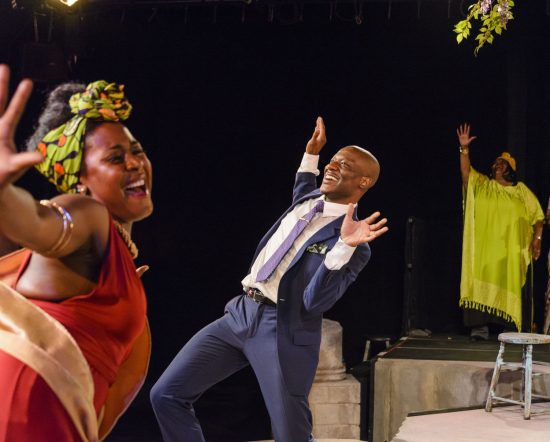 When did you first realize that you had an interest and talent for performing?

My first realization came when I was five years old. It was my very first time ever touching a piano. It changed my life forever. Playing piano led me to singing, directing, and to the theater. My life has never been the same since.

You also serve as the artistic director of The MusicianShip Youth Choir and resident musical director and instructor at the Children’s Theater Workshop. Besides learning music skills, what do the young people learn by being in a choir or class?

What a great question!! We use music and theatre as a vehicle to teach important values including responsibility, leadership, teamwork, and aspiring for higher education. We believe in producing what we call “scholartists”—amazingly electrifying and compelling performers on the stage but also brilliant young minds inside and outside of the classroom. “When much has failed us, it is the music that re-admits our focus.” We incorporate fun and interactive games and activities to help our students with team-building strategies. In order for them to perform together, they must know how to connect and work together. We also facilitate a safe space for them to perform in front of each other for peer-to-peer observation and critique. It helps tremendously because they all get nervous, and because of that one major commonality, they are able to help each other communicate effectively, overcome fears, conquer weaknesses, and continue to grow as artists and effective citizens.