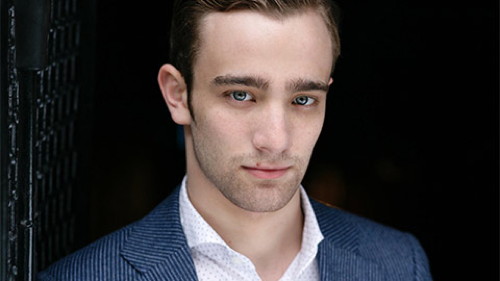 As a storm loomed outside on March 20, 2018, baritone Theo Hoffman and pianist Bradley Moore braved the wintry spring weather to present a program at the Kennedy Center called Abendphantasie (Evening Fantasy). A mix of German, French, and English music, the performance (the latest in Vocal Arts DC’s 2017-2018 series) did feel like an evening fantasy, transporting the audience from a blistery Washington evening to a musical treatise on love, life, and adventure.

The sheer joy and energy both performers brought to the music enhanced that magical quality exemplified in the title of the program.

The strongest overall impression of the evening was that Hoffman, in particular, was clearly enjoying himself. His baritone is powerful, with lots of vibrato, but more importantly, Hoffman possesses the capability to get swept up entirely by the music. His hands became a kind of harbinger of musical tone—spreading in benediction in songs such as “Diane, Selene” (effectively an ode to the moon), clutching his chest in “Je suis embarque” (a song about departure), squeezing into fists in a song translated as “Gravedigger’s homesickness,” about a man on the verge of death.

His face, too, was expressive, particularly in Benjamin Britten’s peculiar, almost disjointed “Midnight on the Great Western.” Hoffman displayed a remarkable ability to display the meaning of a song not only in his voice but in the arch of an eyebrow or the tilt of his head.

Hoffman expressed a sense of fluidity, moving from a certain kind of delicacy when changing to high notes to raw power in a single song. Even in melancholy tunes like “Gravedigger’s homesickness,” he exuded a sense of vocal strength. His voice really shone on sweet, loving pieces, such as “Where the beautiful trumpets blow,” in which a sense of love and delight was contrasted with the militant power of the trumpets.

He seemed to draw energy from the music, particularly Franz Schubert’s “Auf der Bruck,” which required loud and fast piano work on Moore’s part. In “Im Walde,” the accompaniment sounded like the water in a brook, delicate and fast, almost onomatopoetic in a song about “the eternal murmuring of gentle water-springs.” The sheer joy and energy both performers brought to the music enhanced that magical quality exemplified in the title of the program.

Hoffman started the second act of the evening by reciting a speech from Shakespeare’s “As You Like It,” and structured this part of the program around that piece—the seven ages of man, from childhood to old age. But each song got its own special attention, and the performance gave the impression that Hoffman deeply loved every one of them, and was truly delighted to be able to share them on that cold, snowy evening.