‘A Quick 5’ with Stephen Deininger 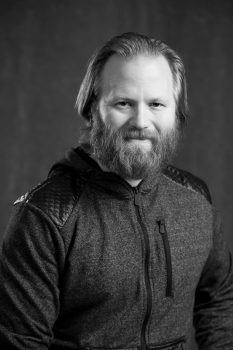 Stephen Deininger is currently directing “Into the Woods,” now playing through April 29, 2018 at the Memorial Players in Baltimore, Maryland.

This is Stephen’s third production at Memorial Players having appeared as Tateh in “Ragtime” and Archibald Craven in “The Secret Garden.” He’s a well known actor, pianist, and director in Baltimore.  At Laurel Mill Playhouse he played Tateh in “Ragtime,” a role for which he won a WATCH award.  For the Heritage Players, Stephen directed “Urinetown” and “The Man From Earth.” He has appeared in many productions, including such roles as Judas in”The Last Days of Judas Iscariot,” Vincent Van Gogh in “Inventing Van Gogh,” John Adams in “1776,” Eddie in “Do Black Patent Leather Shoes Really Reflect Up?,” and Jesus in “Godspell.”

For more information about “Into the Woods,” click here.

What are your general thoughts on Stephen Sondheim?

There are so many ways I could take that question, he’s renowned for being one of the most unique American theatrical voices across multiple decades. What always struck me about Sondheim was who he was as a child. Oscar Hammerstein took interest in the child Sondheim, mentored him, and challenged him. I ask myself “would we even know who Sondheim was without this mentorship. Sondheim in turn mentored Adam Guettel (“Light in the Piazza”), Jonathan Larson (“RENT”), and Lin Manuel Miranda (“Hamilton”). That last one I find fascinating, as it is revolutionary in its use of hip hop, but I believes finds its soul as a piece of theater due to a simple formula, you can fit more play into the audience’s attention span if you deliver the lyrics quickly; our current project, “Into the Woods,” is an example of what I’ll term “protovelocious theater.”

This commitment to mentorship is integral to Sondheim’s life, and integral to our production. We have paired experienced actors and staff with inexperienced actors, actors who are playing the biggest role they’ve ever played, and even children. I think there is beauty in that. Sondheim called it “passing on what Oscar passed to me,” during rehearsals we called it “giving others what you never got.”

Act Two of “Into The Woods” continues where fairy tales usually finish with the proverbial “happy ending.” Why did Sondheim structure it like this?

I think there are numerous analysis of the structure of the play, the one I have heard the most is that the first act is like a traditional fairy tale and the second is reality or the second act are the consequences. This is supported by statements made by Stephen Sondheim and James Lapine, who wrote the book. That said, I think that close analysis shows that the consequences creep in long before intermission. If you look closely, you can see the rift between the Baker and his wife through his patriarchal attitude towards their marriage and her refusal to accept his instructions, or Little Red Riding Hood’s fascination with violence shown by her idolization of the knife her Granny gave her. The Witch loses her daughter for all realistic purposes before the act is even up. The happy endings are already tainted, I think the point is that the characters are too into what they want to see it.

If you could be any role in “Into The Woods” which character would you choose and why?

As an actor/director I try to stay away from what I would do as a character, and focus more on what this actor can do. It doesn’t work if I start thinking “I would do this or that,” because the person on stage is not me, I try to find what they bring to the table. I’d love to say the Baker, he’s the most nuanced character, but I’m so close to this project right now and I can’t see ever topping what Ryan Geiger brought to that character and I don’t think I’d want to try.

Please talk about one of your favorite songs in “Into the Woods.”

This has changed over the years. Right now, it is “No One is Alone.” I always thought that song was too slow or too quiet, but what the actors brought to the stage was a willingness to connect with each other. I love that it starts with Little Red stopping in the middle of all her thoughts of violence and vengeance, taking stock of who she has become and how she was raised, and having this total James Joyce epiphany moment and coming to the conclusion that if the people who raised her saw her now, they wouldn’t approve of her choices.

I’m holding a discussion at the church that is producing this play as a community outreach, and in researching spiritual themes I came across one of these websites that reviews films for a Christian audience. This article reviewed the film version of “Into the Woods,” but warned parents that the lyrics in that song, “…you decide what’s right, you decide what’s good,” advocate for a “do whatever you want” attitude or something to that effect. I thought, “yes, those words taken out of context mean that”; but in the moment they said to me “you are who you are, that is a result of who you were at birth and what you were taught by your mentors, and when you are grown you choose your values.” It’s a complicated song, and I think that is where I’m at with it.

Why did you decide to go into theatre?

I started as a pianist as a child. I also played in my school jazz band and sang in my high school choir. My dad wanted me in athletics, and I wrestled because of that. At the time, I pretty much hated it, but now I’m glad I did it. I had two english teachers in High School who I loved dearly, their names were Sonja Kravchuk and Richard Bruno. The first took me to see “Les Miserables” on a touring production in a class trip. The second, when I told him how drawn I was to that show, encouraged me to leave wrestling knowing that I hated it, and to audition for the school play, which was “Schoolhouse Rock Live,” not really a play, but it was theatrical and had all the right elements. He came to see it, and the next time I left his class he took me aside and said to me “you were the most shining person on that stage.” I knew that wasn’t true, not in the way I heard it, we had wonderful actors at the time and many of them knew what they were doing while I was barely finding my feet on the boards. I told him I thought I was good, but I didn’t think I was the best person performing. He said to me “I don’t know how to say it, but when I watched you perform, it shined to me.” Those words mattered so much, I wouldn’t be who I am if he hadn’t said them. He gave me what I needed, and maybe what he never got.

All these years later, I remember those names and that conversation. I didn’t know what he meant until I saw my own children perform. He believed in me when I didn’t believe in myself, and me realizing what he saw in me made it special to him. I have some young people in my play I saw something special in, some people who I encouraged to take their first step or a bigger one, and I hope they remember me someday the way I remember those who inspired and believed in me.