‘A Quick 5’ with Vincent Lancisi 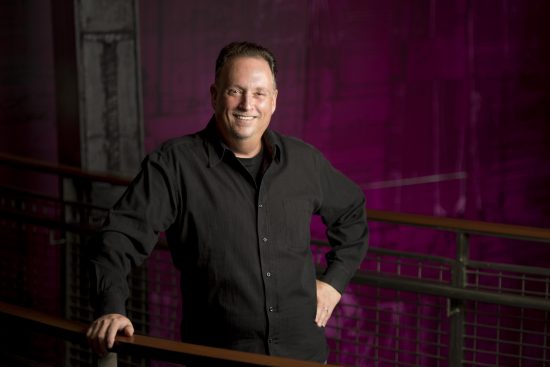 Vincent M. Lancisi founded Everyman Theatre in October of 1990 and has directed over 35 productions including Aubergine, M. Butterfly, Noises Off, Dot, Death of A Salesman, Under the Skin, Blithe Spirit, Deathtrap, Tribes, The Glass Menagerie, The Beaux’ Stratagem, August: Osage County, You Can’t Take It With You, Stick Fly, All My Sons, Two Rooms, Rabbit Hole, The Cherry Orchard, Doubt, Much Ado About Nothing, The Cone Sister, And a Nightingale Sang, The School for Scandal, A Number, Amadeus, Cat on a Hot Tin Roof, Buried Child, The Last Night of Ballyhoo, A Delicate Balance, Hedda Gabler, Proof, Uncle Vanya and The Last Five Years. In addition to his work at Everyman, he has taught acting and directing at Towson University, University of Maryland, Catholic University, Howard Community College, and at Everyman Theatre. He is a member of the Society of Stage Directors and Choreographers. Vincent sits on the boards for the Bromo Tower Arts & Entertainment District and the Market Center Merchants Association. In the past, he has sat on the boards of the Baltimore Theatre Alliance and the Greater Baltimore Cultural Alliance as well as panels for the Maryland State Arts Council. Vincent holds his undergraduate degree in Theatre from Boston College and his master’s degree in Directing from The Catholic University of America.

What are your general thoughts on playwright Sam Shepard?

A brilliant playwright focusing on the duality of personalities within us. He captured the decay of the wild west as a frontier and the commercialization/ruination through Hollywood and suburban sprawl. Ironically, he became a part of that Hollywood machine later when he’d become a movie star.  Few writers get to the core of our propensity for violence and bullying as effectively as Sam Shepard. At the same time, few show the soft underbelly in those same rough characters.  The people of his plays are uniquely individual and authentic. They provide dream roles for actors.

The influence of Sam Shepard’s father, Samuel Shepard Rogers VI, is present in many of his plays. Do you find this to be true in “True West?” And if so, how?

Lee and Austin are definitely children of an alcoholic and the evidence is abundant. They have been emotionally abused by their father and yet they both love him and want to help him. Their mom escaped and remarried and her disconnect with the violent reality of the last scene could be traced back to an abusive relationship with their father and her coping mechanism. The influence of Sam Shepard Rogers Sr is throughout “True West” and many of his other plays. 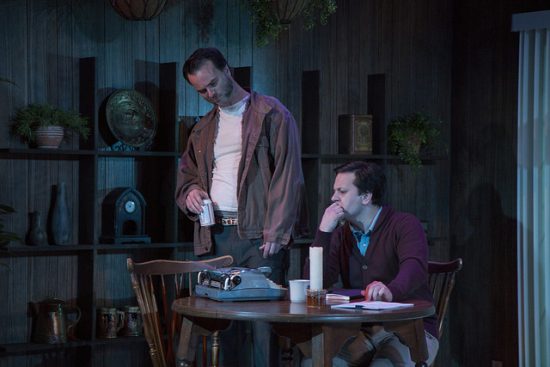 “True West” was written by Shepard in the early ‘80s. Are you going to modernize this production at all?

No. You really can’t, thanks to technology. The issues feel contemporary though as they are about Brothers, two different personalities, with a common bond, competition with life and death stakes.

It’s very much about creating a collaborative environment and not coming in with the production fully realized in my mind.  I work with the actors encouraging rigorous exploration and excavation for the truth. I’m interested in authenticity and fully realized characters who live in the moment. I love actors, and I love an ensemble approach. Everyone’s input is valuable. I also love working with a design team that can be as vital in creating the right environment for the play. Our design team for “True West” is extraordinary. They are in lockstep with the actors and it shows.

What do you want audiences to walk away with after the play?

I want them to discuss the play for hours. Shepard’s work is provocative and it really makes you think. Are Lee and Austin the same person? What is the father really like? Did Lee and Saul actually play golf? Why are Austin and Lee at mom’s house? Who will win?