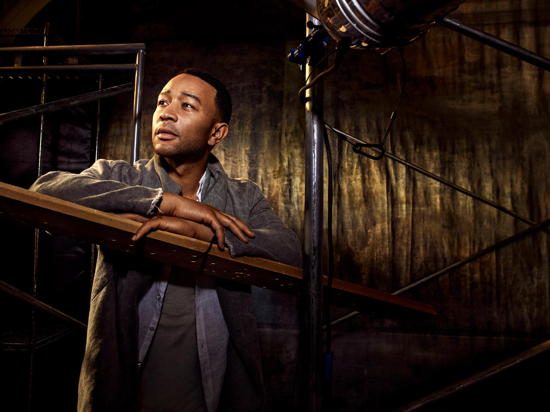 “Jesus Christ Superstar: Live in Concert” taught me to have faith in NBC, or at least in its live musical endeavors.

I was a Doubting Thomas about the Peacock’s plans to mark Easter with a staging of the 1971 Andrew Lloyd Webber/Tim Rice rock opera about the week leading up to the crucifixion of Jesus of Nazareth. NBC’s annual shows have mostly been lighter fare, and the two most successful — “The Wiz Live!” and “Hairspray Live!” — played up the bubbliness. While “Superstar” is not edgy by modern standards, it is an entirely different type of show.

The success of the production should encourage NBC (and other networks) to continue to bring theatre to their viewers.

I also wondered how the folks out there in TV Land would view the show, in which Judas is a hero who ascends to Heaven, and in which Mary Magdalene’s feelings for Jesus are less than chaste. What would the Twitterers who puzzled at a Puerto Rican Alexander Hamilton during the 2016 Grammys make of it?

That remains to be seen. But my own skepticism proved unjustified. The NBC production of “Superstar,” directed by David Leveaux and Alex Rudzinski, was the network’s best yet.

Credit for this goes to the staging. Unlike the busier past shows, this broadcast production was stark and minimal — all action on a usually bare stage with scaffolding behind. (A briefly appearing table set in the shape of a cross was a bit much.) Paul Tazewell’s costumes ranged from simple T-shirts to the otherworldly cloaks of the Pharisees, while white scarves served multiple symbolic functions.

The stage was surrounded by a raucous audience, allowing for intimacy of performance while still creating spectacle. The performers cleverly made use of the crowd, with John Legend’s Jesus greeting those closest to the stage, leaving them in ecstasies.

Legend was unfortunately not fully up to the challenge of the lead role. While his mellow voice was ideal for some of the songs, his characterization was weak, and it was evident that he is not an experienced actor. Sara Bareilles was more successful as Mary, bringing a light touch to the role while not becoming saccharine.

The evening’s true superstar was Broadway veteran Brandon Victor Dixon as Judas. His voice more than matched Legend’s, and the contrast in their acting was pronounced. Dixon took Judas from fury to a near-whisper in the run-up to his suicide and nailed the show-stopping “Superstar” at the finale.

For all the buzz about Alice Cooper’s cameo as King Herod, the moment was a letdown. Just as fans had expected great things from Christopher Walken’s Captain Hook in “Peter Pan Live!”, only to be deflated, viewers were expecting something memorable from Cooper in the show’s most over-the-top moment. Cooper’s delivery was far too deadpan and understated, and his outfit bizarre. Even Legend was trying to play his character; Cooper was basically just being Cooper.

And since this was a television production, jarring interruptions by ads were unavoidable. NBC wisely made no attempt to integrate the ads into the show, as it was able to do with “Hairspray Live!”, but a Google ad featuring Legend as himself was an irritating disruption of character continuity.

These minor complaints do not take away from the strength of the show as a whole. The success of the production should encourage NBC (and other networks) to continue to bring theatre to their viewers.