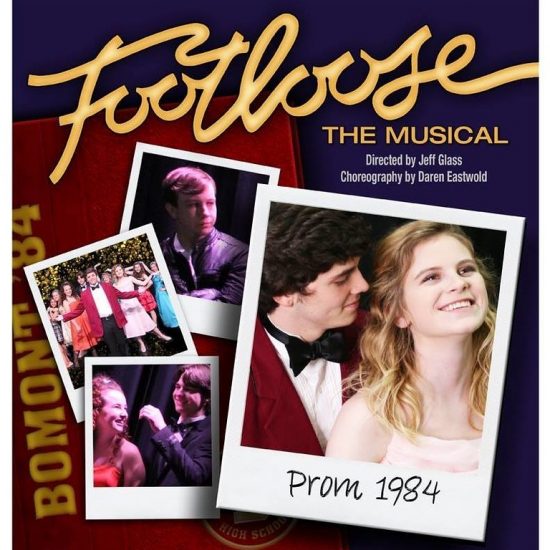 FOOTLOOSE is a retelling of the iconic film of the same name. The musical follows the plot of the film: a transplant from Chicago ends up in a small, rural community where dancing has been outlawed. The musical, adapted from Dean Pitchford’s original screenplay by Pitchford himself, along with Walter Bobbie, is faithful to both plot and music of the 1984 film of the same name.

The Wetumpka High Theatre Guild retells the story with a high-caliber cast, brilliant choreography and wonderful stage pictures. By the finale, it is difficult to not be completely connected to the story or those telling it.

Ren is played by Michael Armstrong, a young man who gives the character and the audience all of his energy. Mr. Armstrong is likeable from his first entrance, and his focus seems unbreakable. Just when it seems he is exhausted from an intense dance, Mr. Armstrong appears to rejuvenate right before the audience. His vocals and dancing are superb, even if raw.

Ren’s counterpart, Ariel, is portrayed by Mary Fran Healey, a young woman who captures much of the spirit of Ariel from the film (and a physical resemblance, too, I might add). She does, however, tone down the sexuality of Ariel, which is appropriate for performers her age. The chemistry between Mr. Armstrong and Ms. Healey is undeniable, much of it evidenced through the tension in the aptly staged “Almost Paradise.”

The acting that draws the most praise in the show comes from those playing Ariel’s parents, Shaw and Vi Moore, Damian Bowden and Zaylah Anderson, respectively. Bowden and Anderson capture a truth beyond their years in the dialogue they have with one another about the loss of their son. Anderson is believable as a mother who is trying desperately cope and heal, all while trying bring Shaw to a place where he can understand their daughter’s rebellion. At one point, Ms. Anderson and Mr. Bowden hold the audience captive with well-timed and intimate dialogue about their grief and their daughter. And Shaw’s change-of-heart at the end of the second act is heartwarming.

Wendy Jo and Urleen, played by Hannah Butler and Micayla White, are lead by Rusty, played by Gracie Grant. This trio acts as a greek chorus of sorts. They give Ren the exposition he needs to understand the circumstances of the town he now lives in. Their rendition of “Somebody’s Eyes” is haunting, and their vocals capture the spirit beautifully. Ms. Grant also leads the crowd favorite showstopper “Let’s Hear It for The Boy” early the second act. Grant is perhaps the most consistent and focused member of the cast.

The principals are rounded out by Clay Simonton (the utterbly unlikable Chuck Cranston) and Gavin Fuller (the undeniably likable Willard Hewitt). Mr. Simonton’s performance is the most inconsistent of the cast. At times, he is as unlikable as he is believable; at others, he leaves the reviewer wanting more. Mr. Fuller seems to be finding his way with Willard, hitting his mark more often than not. He captures the hilarity of “Mama Says” brilliantly, his voice both smooth and comical.

The show hits its technical marks throughout. The lighting design is effective with just the right touch of inventiveness to allow it to blend with the choreography. The use of projections was unique and pleasing to the eye. The set ties the lighting and projection together extremely well, meshing the three to create a believable world that expresses the appropriate moods. Now for one particular rave.  In the technical theatre world, its an old maxim that if the audience sees you doing your job, then you are doing it wrong. The running crew on this show is perhaps its greatest feat. All of the furniture is on wagons, and multiple wagons exit and enter on any given scene. There was not such even a hiccup between these scenes, and their transitions were as fast as they were beautiful, so fast, in fact, that it leaves the audience wondering if they even happened at all. Perhaps the choreographer also aided the running crew?

The ensemble is wildly inconsistent, sometimes delivering performances that are powerful and on par, other times seeming disconnected from the whole affair. While the ensemble lacks the focus to bring the high level of teen energy the show requires, they are saved by fun, ambitious choreography that does more than hit its mark: it nearly covers for all of the ensemble’s other shortcomings.

Now for one particular rant: administration, boosters, and anyone else who will listen, please heed this: there is nothing that can handicap an otherwise beautiful musical than bad sound. The microphones popped, whizzed, and made every sound one can imagine–or they made no sound at all. The cast handled the situation like professionals. This cast is dynamic and dominant. There are several who are ready to take the next step in their theatrical careers, and a handful seem prepared to take two steps. The technical crew seems to be first-rate as well. It is such a shame that a school program that aims for professionality, one that is willing to work diligently to deliver a professional product, is hindered by bad mics.

The Wetumpka High Theatre Guild deliver on this show through stellar choreography, believable dialogue, and talented performers. They tie it all together with appropriate designs and impressive technical execution. This production is well worth your time. The second leg of their engagement begins Friday and runs through Saturday. 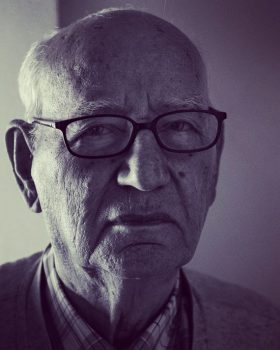 Cameron Horner is a retired theatre educator and freelance reviewer.