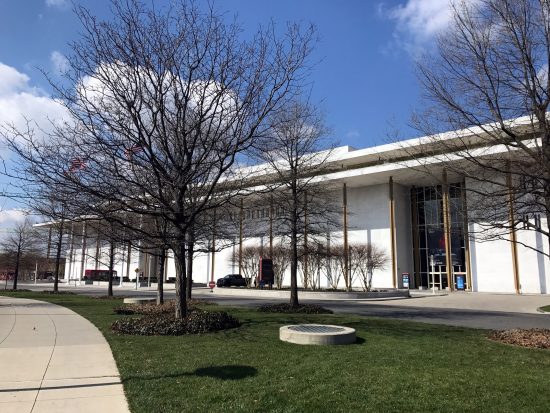 On a beautiful spring morning here in DC, The Kennedy Center for the Performing Arts unveiled their plans for the 2018-2019 theatre season to an assortment of media and Center subscribers. The shows announced hail from Broadway and around the world and include favorites from New York stages and new plays, as well as works specially commissioned by The Kennedy Center.  The mix of shows include musicals, plays, concerts and special events that are sure to thrill young and old alike.

…theatre goers will be lining up to see everything The Kennedy Center has in store for this beautifully diverse season.

The morning began with a video montage of the Broadway favorite, “Dear Evan Hansen,” set to the tune of “You will be found…,” then a performance by the very talented Michael Lee Brown who sang “Waving through a Window” with heart and gusto.  It became clear that this important show would be a pillar of the new season. Deborah Rutter, President of The Kennedy Center then took the stage to confirm and to introduce David Kilpatrick, Director of Education Programs and Productions, who would present the offerings for young audiences.

“Long Way Down” – A newly commissioned one-person work by The Kennedy Center, tells the story of 60 seconds or the time it takes one 15-year-old to make a life-changing decision. This timely piece of theatre deals with race and violence, and most importantly humanity. Justin Weeks, an actor well-known to The Kennedy Center attendees, will be starring in the show.

“How to Catch a Star” – Based on a much-loved picture book by Jared Mezzocchi, using dance, film and design as means to travel, the piece provides a gateway to outer space.

“She a Gem” – This play for older audiences centers on four friends in an inner-city Philadelphia transition home, and the double-dutch team they create to compete in the neighborhood pageant.

“The Watsons go to Birmingham – 1963” – A staged concert reading accompanied by live music of an adaptation of the award-winning book captures a journey through unforgettable moments in the civil rights movement.

“Cartography” and “VOYAGERS: A Dance among the Planets” are both co-commissioned works with T

The Kennedy Center. “Cartography” is inspired by the artist’s work with refugees from around the world, while “VOYAGERS” reimagines Gustav Holst’s “The Planets” using live music and movement to travel through the solar system.

“Me…Jane: The Dreams & Adventures of a Young Jane Goodall”: The US tour of this musical introduces young people to the work of Jane Goodall and is based on the Caldecott Award-winning book by Patrick McDonnell. 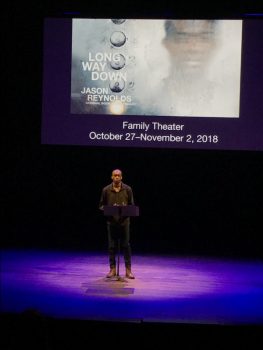 Justin Weeks performs a portion of  “Long Way Down”

Alicia Adams, VP of International Programming and Dance arrived then to present the International offerings that would be seen in the 2018-2019 season. These offerings hail from the United Kingdom, Russia, Denmark, Latvia, Sweden and Egypt and include new works, as well as retellings of classics.

“Shakespeare’s Measure for Measure” (October 10 – 13, 2018) – This adaptation directed by Declan Donnelan, is crafted and performed in conjunction with the English company of Cheek by Jowl and the Pushkin Theatre Moscow.

“Barber Shop Chronicles” (November 28 – December 1, 2018) – This critically acclaimed piece welcomes audiences into the world of the Barber Shop, where African men discuss the world and their lives.

“NeoArtic” (February 13 – 16, 2019) – Fresh from Denmark, this piece centers on the harsh impacts humanity has had on the environment.

“The Last Supper” (March 14 – 16, 2019)– Ayad Akhtar, an Egyptian-American playwright wrote the piece, which makes its US premiere at The Kennedy Center. It centers on an Egyptian family as it gathers around the table for dinner.

To introduce the Broadway tours and The Kennedy Center originals, Jeffrey Lin, VP of Theatre Production and Programming, appeared next.  An impressive list of Broadway favorites – some still in their run, while others just recently closed – join already announced “Hamilton” and the world-premiere of “Ain’t Too Proud.” 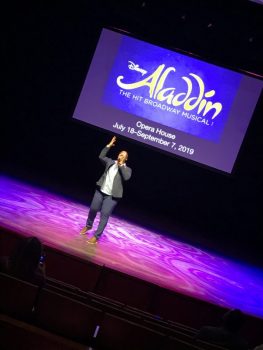 Because of the success of these musicals, The Kennedy Center has decided to expand the program. In the 2018-2019 season, Broadway Center Stage: The Plays will be unveiled. While the musicals are given a week to run, the plays will be one singular night only. Actors will be given the chance to play roles they’ve always dreamed of, and audiences will be treated to talk-backs with the cast after each performance. While the specific plays have not yet been announced, stay tuned toTthe Kennedy Center’s social media accounts, as well as their website for more details.

The Kennedy Center will also be unveiling Evan Linder’s new show “Byhalia Mississippi” (June 11 – 30, 2019) which explores race, family and betrayal in the South. In addition to this work, The Kennedy Center has also commissioned the new holiday show “Love Factually” (December 5 – 31, 2018). In partnership with Second City, this improv-based show is a send-up of the classic holiday tale “Love Actually” and it will make its world premiere at The Kennedy Center’s Theater Lab.

After an hour hearing the exciting works The Kennedy Center is focusing on in this upcoming season, the morning concluded. The shows and special events being presented are inclusive of all races and nationalities. They touch on issues that are affecting the people living in the heart of Washington DC and well-beyond the scope of the city. This season truly offers something to affect and to touch every person who sees them in some small way. Added to the issues at the heart of the productions, The Kennedy Center continues to attract top-notch talent that makes these shows even more thrilling. Based on the schedule alone without even hearing a word about casting, I’m almost positive theatergoers will be lining up to see everything The Kennedy Center has in store for this beautifully diverse season.

Visit The Kennedy Center’s website for more information on the current season and updates on the next.