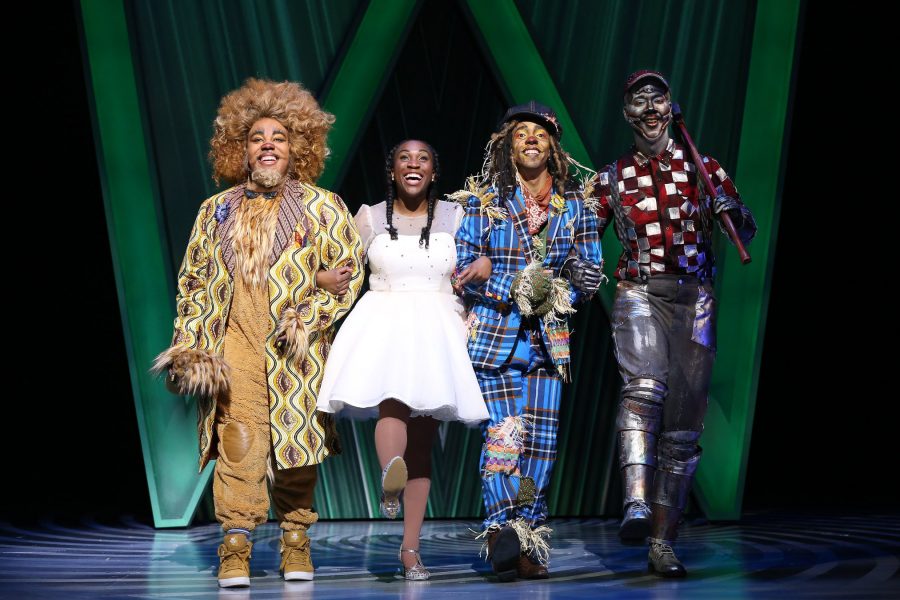 Following the Yellow Brick Road has never been so much fun or as magical as it is in the current production of “The Wiz,” a vibrant adaptation of the L. Frank Baum classic, “The Wonderful Wizard of Oz” on stage at the historic Ford’s Theatre. Directed by Kent Gash, this high-energy, Tony Award-winning musical by William F. Brown with music and lyrics by Charlie Smalls spares no detail with its dazzling set design, eye-catching costumes, original choreography and moving numbers.

‘The Wiz’ is full of heart, courage and soul and will leave the audience feeling upbeat and full of encouragement as they ease on down the road…

A remarkable celebration of African-American culture, “The Wiz” weaves a gorgeous tapestry of musical styles including R&B, pop, funk, gospel and jazz thanks to music direction and orchestration by Darius Smith. Talented Costume Designer Kara Harmon showcases rich wardrobe choices inspired by the Harlem Renaissance, Afrofuturism, and other significant influences. As for movement, there is tap, modern and more including spinning Munchkins and Flying Monkeys brilliantly envisioned by Choreographer Dell Howlett, all set to an awe-inspiring backdrop that evolves from a topsy-turvy farmhouse to an illuminating Munchkinland complete with lively projections of the Cotton Club to a field of orange poppies and the Emerald City by Scenic Designer Jason Sherwood and stunning projections from Clint Allen.

Touching on the universal themes of family, friendship and overcoming fears, “The Wiz” takes audiences on a delightful journey as Dorothy and friends discover their inner strength while encountering challenges and all types of characters. As Dorothy, Ines Nassara is magnetic with her glowing smile, positive energy and powerful vocals in stand-out songs such as “Soon As I Get Home,” “Be a Lion” and “Home.”

Her trusty travel companions are also a joy to watch. The sprightly Scarecrow portrayed by Hasani Allen is quite nimble on his feet and gives a fantastic performance with the catchy “I Was Born The Day Before Yesterday,” while the Tinman portrayed by Kevin McAllister is stirring when he sings “What Would I Do If I Could Feel” despite believing that he has no heart. Christopher Michael Richardson revels in his role as Lion, a soft scaredy cat, full of life who attracts attention with “Mean Ole Lion” and plenty of fierceness and wisecracks along the way.

As The Wiz, Jobari Parker-Namdar captures the duality of the character, flashy and over-the-top in the energetic “So You Want to Meet the Wizard,” and more grounded and human with the beautiful solo “Believe in Yourself.” Meanwhile, Monique Midgette is a triple threat as Aunt Em, Addaperle, and Evillene, and brings sparkle to each of her roles and songs from “The Feeling We Once Had” to the wickedly amusing “No Bad News.” Finally, Awa Sal Secka as Glinda gives the audience all the feels with “A Rested Body Is a Rested Mind” and a reprise of “Believe in Yourself.”

While the original made its debut on Broadway back in the seventies, this fresh version still resonates with younger generations with relevant cultural references such as Wakanda and Barack Obama sprinkled throughout the musical.

In the end, “The Wiz” is full of heart, courage, and soul and will leave the audience feeling upbeat and full of encouragement as they ease on down the road after seeing this extraordinary and exciting work.