“…a timely and exhilarating production that is not-to-be-missed!” – Mark Beachy.

Synopsis: Based on the Disney movie, and set in New York City at the turn of the century, this Tony Award winning, high energy musical is the rousing tale of Jack Kelly, the leader of a ragged band of “newsies.” Jack dreams of a better life but when publishing titans raise distribution prices at the newsboys’ expense, he rallies “newsies” from across the city to strike for what’s right. 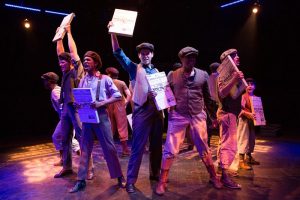 “…people have to deal with burden and brokenness as The Annapolis Shakespeare Company does with grace and humanity in their stellar production of  “The Glass Menagerie.” – Jeanie Casison.

Synopsis: The Glass Menagerie is a memory play, and its action is drawn from the memories of the narrator, Tom Wingfield. Tom is a character in the play, which is set in St. Louis in 1937. He is an aspiring poet who toils in a shoe warehouse to support his mother, Amanda, and sister, Laura. 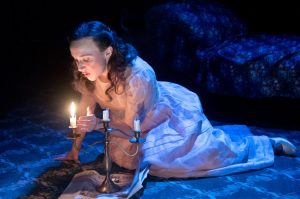 “‘The Wiz’ is full of heart, courage and soul and will leave the audience feeling upbeat and full of encouragement as they ease on down the road…” – Jeanie Casison.

Synopsis: Ease on down the road with Dorothy and her friends Scarecrow, Tinman and Lion on their quest to meet The Wiz. In this adaptation of L. Frank Baum’s magical novel, Dorothy is whisked away by a tornado to the fanciful land of Oz. There, she and her sidekicks encounter Munchkins, flying monkeys and a power-hungry witch named Evillene who vows to destroy them. Winner of seven Tony Awards, including Best Musical and Best Original Score, “The Wiz” is a musical feast featuring soul, gospel, R&B and pop. Rediscover the power of courage, heart, brains and friendship. 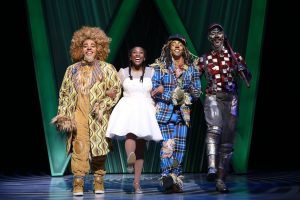 “This is a play that throws enchantment…” – Mary Ann Johnson.

Synopsis: Peter returns to his twenty-year high-school reunion with dreams of winning back Kari, the girl he left behind. As the night progresses, both Peter and Kari are led, through their interactions with a host of characters all played by a virtuosic Narrator, to face the consequences of choices made long ago and start back into life with newfound strength and bittersweet resolve. 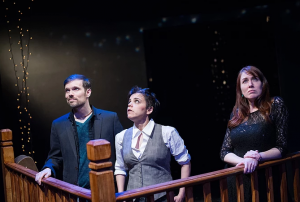 Baltimore Shakespeare Factory presents Shakespeare’s story of the utter destruction of one man’s soul in the name of purposeless hate. Performed in Original Pronunciation, as Shakespeare would have heard it. 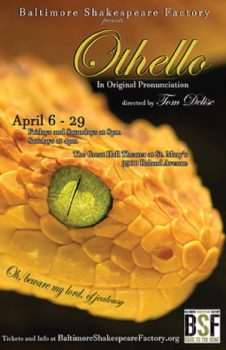