‘A Quick 5’ with Danny Gavigan 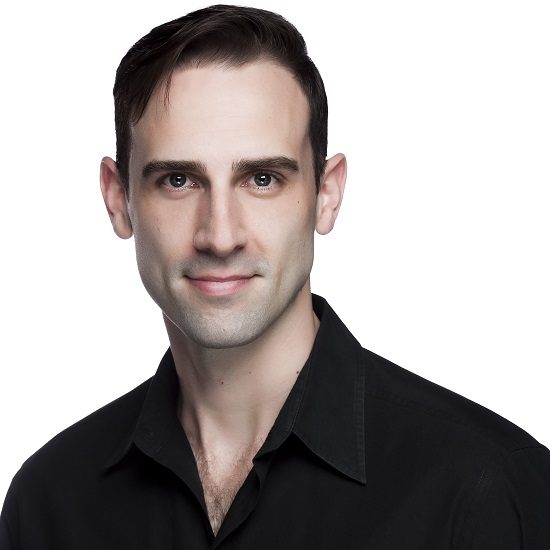 Danny Gavigan is currently playing the role of Joseph Hollander in Everyman Theatre’s production of “The Book of Joseph,” now playing through June 10, 2018.

For more information about “The Book of Joseph,” click here.

What does your character, Joseph Hollander want and need?

Joseph Hollander was a legend to his family as well as thousands of others. He ran the biggest travel office in pre-WWII Poland and used his business resources to help many Jewish families escape the atrocities occurring in Germany and Poland, by booking visas and arranging travel for their escape. He was a self-made, selfless man of the highest character. Based on the journey we witness him take during this play, and the respect and sheer awe I feel in portraying him at each performance, I would say that Joseph wanted nothing more than to protect and provide for the ones he loved and those less fortunate. As simple and direct as that sounds, it is utterly remarkable the lengths that Joseph went to in the face of Nazi occupied Poland and U.S. immigration courts, in order to help others.

My favorite line to say in The Book of Joseph is, “I beg for the sake of humanity to grant us a refuge here as we have no other place to go at this time.” It’s a significant line in a play that is so many things, but, chief among them, an immigration story that is so deeply resonant today. Those are the actual words that Joseph Hollander spoke to an immigration appeals judge in court after landing unexpectedly on Ellis Island. He was facing deportation to Germany and Poland—both destinations that, he knew, meant certain death—and, just as he did in a letter asking Eleanor Roosevelt help, Joseph plainly and directly made his plea for help in the face of great odds, with humility and a tremendous faith in the humanity of others. I love standing in the middle of the stage every night and saying this line because it is so humble and simple, and, yet, carries so much weight and desperation—without losing any self respect or faith in others. It is a powerful moment in the story that I am very fond of and honored to represent. 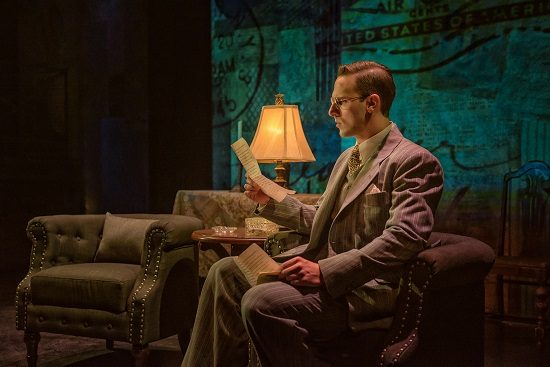 Danny Gavigan as Joseph in ‘The Book of Joseph.’ Photo by ClintonBPhotography.

What’s the biggest challenge about taking on this role?

Unlike most plays, the majority of the text in The Book of Joseph is taken directly from historical documents. Playwright Karen Hartman was sure to let the Hollander family members speak for themselves as much as possible. So for me and the cast, and director Noah Himmelstein, one of the challenges was making that text active and specific. Since Joseph and his family were corresponding a great distance apart (with an ocean between them), the action unfolds in such a way that could leave an actor feeling very isolated—but Noah was very detailed and deliberate with how/when we, as a family, could connect on stage. Factored into all of that, the “broken English” and Polish dialect with which Joseph wrote and spoke was a new challenge for me. Of course, ultimately, my main goal was to honor Joseph’s memory and to do Richard Hollander and Nicholas Spitzman and their families proud—not a small task given that their ancestors were heroes.

Please talk about one of your biggest accomplishments so far in your career.

Winning a film festival award for best supporting actor [for a short film] and the Helen Hayes Award for best ensemble in Who’s Afraid of Virginia Woolf [at Ford’s Theatre] this year has made me more confident and proud of the work I’ve done. Hopefully I can do better.

I’m a bit of a video game geek—ever since I was seven years old and my older sister handed me the controller to play Mario Bros. I can safely claim that I could beat just about anybody in a match of “Mario Kart” or “Goldeneye.”