‘A Quick 5’ with Ryan Brown 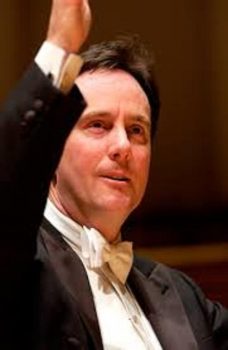 Ryan Brown is the founder and artistic director of Opera Lafayette. Through his work with Opera Lafayette, he has gained an international reputation for his interpretations of French opera and for his role in the revival of significant works from 18th and 19th centuries. His repertoire and discography of twelve sound recordings for Naxos include operas by well-known 18th-century composers (Gluck and Rameau) as well as rediscoveries of their contemporaries (Sacchini and Rebel/Francœur), works which exemplify traditions established in the 17th century (Lully and Charpentier), and those which point the way toward the music of the 19th century (Monsigny and Grétry).  He was widely lauded for the modern premiere and recording of Félicien David’s 1862 Lalla Roukh, a seminal work of musical Orientalism.  Mr. Brown’s frequent performances of Italian works by Haydn, Mozart, Paisiello, and Cimarosa have also met with great acclaim. His teachers included Dorothy DeLay and Gustav Meier. In 2014 Mr. Brown returned to the Opéra Royal in Versailles, leading Opera Lafayette in Philidor’s Les Femmes Vengées and Mozart’s Cosi fan tutte. In 2015, he conducted Vivaldi’s Catone in Utica at the Glimmerglass Festival. In 2016 he led Opera Lafayette’s modern premiere of Gaveaux and Bouilly’s Léonore, ou l’amour conjugal, which was filmed for future video release. Mr. Brown is a recipient of La Médaille d’Or du Rayonnement Culturel from La Renaissance Française. He was raised in a musical family in California, and performed extensively as a violinist and chamber musician before turning his attentions to conducting.

Please talk about your final program of the 2017-2018 season called “Visitors to Versailles.”

Our “Visitors to Versailles” program is inspired by the Metropolitan Museum of Art’s exhibit of that name, and it traverses a remarkable variety of music from Louis XIV’s court to the French Revolution – song and dance music evoking sensual pleasures, a scene from a mythical tragedy which captures the complicated emotions of personal loss, and politically tinged works that spoke to challenges to the ruling class. 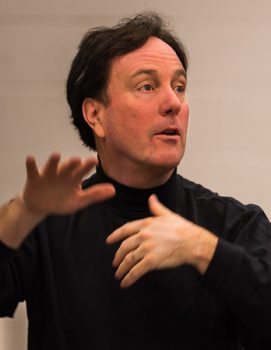 Before turning your attention to conducting you performed extensively as a violinist and chamber musician. What led you to your interest in conducting?

My own conducting grew out of my desire to explore opera after a career in chamber music, but the impulse had been with me from an early age, since my father was the conductor of an orchestra in California and that was part of my world growing up.

As founder of Opera Lafayette, are there performances or moments that stand out in your memory for their significance?

Two performances jump out at me for the excitement, inspiration, and joy of the moment; our debut at the Royal Opera House in Versailles in 2012 with Monsigny’s “Le Roi et le fermier,” and our performance, with 3 remarkable dance companies, of Rameau’s “Les Fetes” at the Kennedy Center Concert Hall in 2014/15.

What is one piece that you’ve always wanted to conduct but haven’t had the chance yet?

I’ve spent a lot of time trying to understand Beethoven’s opera “Leonore” (later “Fidelio”), which fascinates me as a bridge from the language and ideals of the  18th century to those of the 19th. Opera Lafayette will have an opportunity to do this work in 2020, our 25th anniversary and the 250th anniversary of Beethoven’s birth.

Why is live music so important to the community?

There is no communication through electricity, waves and digits that substitutes for being in the same room with other human beings exuding warmth and collective creative energy and where performers and audience are attuned to each other’s every breath, sound, and physical reaction! How can we really know each other otherwise?