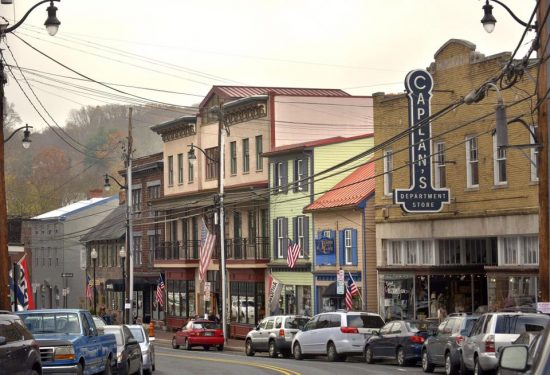 Old Ellicott City prior to flooding.

On Sunday, Old Ellicott City suffered another catastrophic flood, destroying the town. It also took the the life of  Sgt. Eddison “Eddie” A. Hermond who rushed to help a shop owner but was washed away by the raging floodwaters.

Allison Smith, co-founder of the Rooster and Hen store with Joseph McRedmond have decided to turn their grief into a passion for helping others in need.

The day after the flood they opened the store for “everyone to come somewhere safe and dry and comfortable.” And coffee is on the house, they said “for anyone who needs a cup after losing their business or belongings last night.” Then today they offered a free hot lunch for victims and volunteers.

This Saturday, Rooster and Hen will be hosting “The Dry, Dry Again: Benefit Concert for Ellicott City.”  I spoke with her about the flood and the concert.

Mark Beachy: What was your reaction when you saw the devastating photos and videos?

Allison Smith: When the flood started, I was stuck at our store, alone, but was soon joined by a few neighboring business owners and a couple from our neighborhood. We gathered there in our small group, and learned of the severity of the flood, photo by photo, video by video, while the waters rose around us in the parking lot. We all felt the dread knowing, again, that our fantastic little village, and the livelihood of our close friends, was destroyed, just as they had put it all back together. It was a heart ache I was certain I would never feel again, which made it that much more profound.

MB: Your store, Rooster Plus Hen, is very involved in the community.  Please talk about the event you are organizing called “Dry, Dry Again: Benefit Concert for Ellicott City.” If one attends what can one expect to experience at the benefit?

AS: The concert is being held indoors at our store, from 1:00-7:00 pm. There will be live music acts all day, and food and drinks both for free (generously donated by International Gourmet Foods & JD Honeybee Gluten Free) and for sale.

MB: Are you and Joseph going to perform as well?

AS: Awe – that question makes me sentimental! We no longer perform. We have our hands and hearts full with three children and three small businesses (the store, our meal kit service, Lucky Pantry, and our gourmet popsicles, Picnic Pops). We both have played in honky tonk bands, and other acts that would be considered somewhat niche! Joe was in a band called Hoover, that had a pretty good following in the 90s and was considered influential to other musicians. He was able to tour the world a few times with different bands. My 90s band, in Oklahoma, was called Pistol Arrows. We invented our own genre, which we called “underground western,” which just sounds so funny now. I don’t know why. But music has been a big part of our lives. 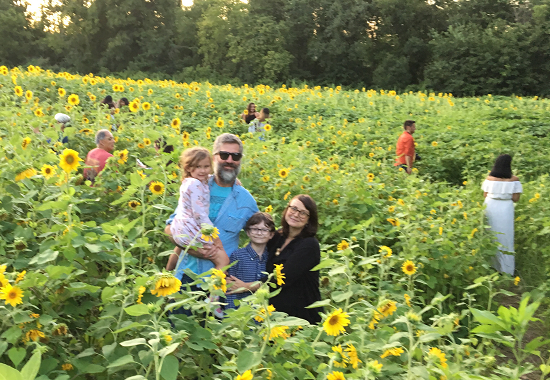 MB: Any musician details yet?

AS: Musicians and performance times will be announced by Thursday. So far, we have confirmed 4:00 is Liz Riggieri (think Jewel), 5:00 The Bachelor and the Bad Actress (they’re amazing – very smart and beautiful songs- Google them), and 6:00 Colamiles (Colin Bickley, an Oella resident and owner of EC Tasting Gallery, a curated dinner experience). The other acts at 1:00, 2:00, and 3:00 are unconfirmed.

MB: What is the suggested donation and which organization will receive the money?

MB: When and where is the concert and where should people park?

AS: The concert is at: Rooster and Hen, 2302 Frederick Rd., Catonsville, MD 21228 on Saturday, June 2, 1:00-7:00 pm. Parking at the store is limited to about 12 cars, so we urge people to carpool, and if they must park on the street, to safely and on the LEGAL SIDE of our nearest intersection: Hillside (not Frederick Rd).