1. “The Book of Joseph” at Everyman Theatre.

Synopsis: Like so many great mysteries, it all began in an attic with a dusty old suitcase… The discovery of a stash of letters stamped with Swastikas opens clues to an untold family history spanning multiple generations in The Book of Joseph—the gripping true story of resilience and truth-tracking determination spanning Baltimore and beyond. Richard Hollander’s book, Every Day Lasts a Year: A Jewish Family’s Correspondence from Poland is brought to the stage in this mesmerizing new adaptation that restores a family’s uncharted legacy—celebrated by revelation and remembrance. 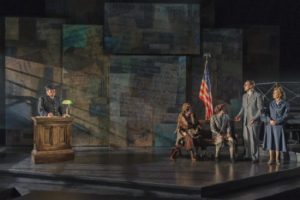 Synopsis: Regarded by many theater professionals as the greatest musical ever created, GYPSY is the ultimate tale of an ambitious stage mother fighting for her daughters’ success… while secretly yearning for her own. Set all across America in the 1920’s, when vaudeville was dying and burlesque was born, Arthur Laurents’ landmark show explores the world of two-bit show business with brass, humor, heart, and sophistication.  Debuting on Broadway in 1960, the show has enjoyed four revivals in New York and, in 2015, was revived on London’s West End.  Two film versions have also been released.  Countless award-winning actresses have embodied Mamma Rose including Ethel Merman, Angela Lansbury, Bernadette Peters, Patty LuPone and Bette Midler. 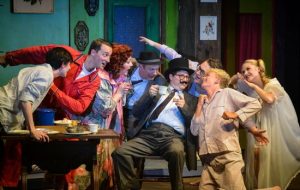 The cast of Gypsy, now playing at the Cumberland Theatre. Photo by Wolford Photography.

Synopsis: Monumental’s annual event is back for its 4th year, but this time- with a twist.  It’s not about gender. Instead, it’s a celebration of inclusion, diversity, acceptance, and love. Join Monumental for our revamped annual cabaret: “Flip Flop.” The performance will feature some of DC’s most talented millennial artists celebrating gender identity, inclusion, and the LGBT community. 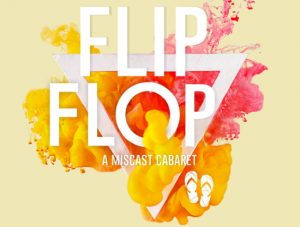 4. “The Elaborate Entrance of Chad Deity” at Cohesion Theatre.

Synopsis: The Elaborate Entrance of Chad Deity by Kristoffer Diaz is a rollicking romp through the nature of sports as performance and the heart of American identity. Directed by Daniel Douek, the play features professional-wrestling style stunts, costumes, and of course, kayfabe. The play was a finalist for 2010 Pulitzer Prize in Drama. The New York Times said “‘Chad Deity’ is punch drunk on the adrenaline, verbal as well as physical, it brings to presenting an illusion-based sport as the true American pastime.” 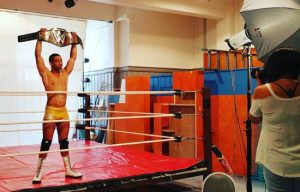 Synopsis: This fantastical tale, full of clever wordplay and timeless characters, is as beloved by adults as by children.  “Curiouser and curiouser,” Alice’s adventures reveal her pluck, innocence, resourcefulness, and imagination. Come with us to a day-glo Wonderland of absurd riddles, amazing creatures, and dazzling costumes and puppets that are both contemporary and inspired by the classic illustrations of Sir John Tenneil.  Bring your kids! Bring your parents! Alice will entertain your whole family. 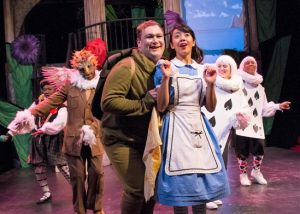