‘A Quick 5’ with Carl Williams 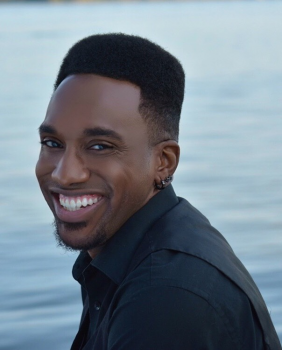 Carl Williams is currently playing the role of Coalhouse Walker Jr. in “Ragtime: The Musical” at 2nd Star Productions, now playing through June 30, 2018.

Carl Williams is a Musical Theatre actor hailing from the quiet suburbs of Camp Springs in PG County. Some of his favorite past credits include Adventure Theatre MTC National Tour: “Bob Marley’s Three Little Birds” (Ziggy); Riverside Dinner Theater: “Sister Act: The Musical” (Eddie); Little Theatre of Alexandria: “In The Heights” (Benny); Keegan Theatre: “Parade” (Riley); Open Circle Theatre: “The Who’s Tommy” (Cousin Kevin); Studio Theatre: “Wig Out!” (Nina/Venus Understudy). He wants to give thanks to his Mother and Father, Luke and Barbara Williams for their never ending encouragement and a special shoutout to his grandfather Robert E. Bowman, who passed away in 2014, who was always one of his biggest supporters.

For more information about “Ragtime: The Musical” at 2nd Star Productions, click here.

How is the character, Coalhouse Walker, Jr., in “Ragtime: The Musical” like you? Different?

Coalhouse Walker Jr. and I are both prideful, proud men that can be a little stubborn sometimes. But on the other hand, we’re both loving, caring individuals that are fiercely protective of those we care about. When it comes to differences though, Coalhouse is more aggressive while I’m mostly more of a pacifist. To put it in comic book terms, Coalhouse would be Magneto and I’d be more of a Professor X.

What impresses you most about this production?

What impressed me most about this production is honestly the cast I have to work with. Ashley, who plays Sarah has an amazing voice that has so much emotion behind it. Heather, who plays Mother, is another vocal beast who’s voice is like butter. Her notes seem almost effortless and she’s such a giving actress on stage. Stephen, who plays Tateh, came into rehearsal day one with his accent ready to go and hearing him perform “Success” or “Gliding” each night is a consistent joy. Basically this is an entire cast of stars and I’m so honored to get to share a stage with them. 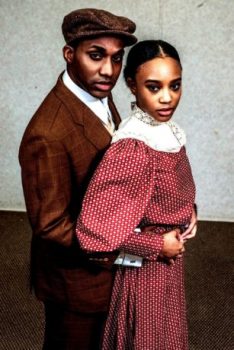 Carl Williams as Coalhouse Walker Jr. and Ashley Lyles as Sarah in ‘Ragtime: The Musical.’ Photo by Nate Jackson.

What is your favorite song to sing in the show and why?

Okay so, strange as this may be, my favorite song in the show to sing isn’t one that I’m heavily featured in. The song Henry Ford sings is hands down my favorite piece in this entire show. I sing maybe like two lines in it but getting to see the car get assembled on stage in real time combined with how much fun the cast has doing it every night is infectious and you can’t help singing along. It’s a lighter, fluffier moment to counterbalance the more serious moments of the show.

What do you want audiences to walk away with after seeing “Ragtime: The Musical”?

I want people to want to change after seeing this production. Racism is a topic that is heavily discussed in this show and in our current political environment, racists are feeling empowered to be as hateful as possible. My ultimate goal is that people, especially those with the means to enact change, will go out do so and will also encourage others as well to help change things for the better.

Well in case my answer to the first question wasn’t a big enough hint, I’m a pretty big geek. Offstage I’m usually reading comic books or manga or watching anime or playing some video games. (PSN: MusiqRockqstar07 Gamertag: MusiqRockqstar). But I also have a huge love for the Golden Age of Radio. I used to listen to it all the time on NPR on Sunday nights and my parents would buy me tapes with old Abbott and Costello shows so I have quite a fondness for those as well.