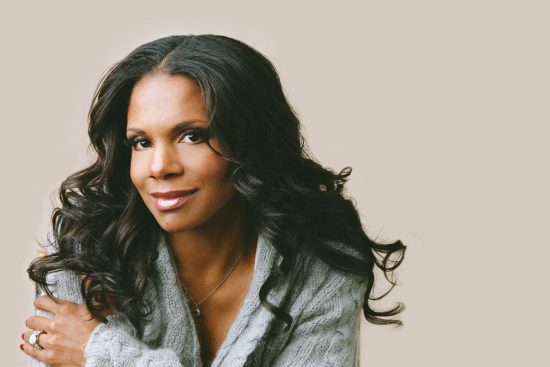 Say the name Audra McDonald in certain circles, i.e., in the presence of almost anyone who’s ever seen her or heard her sing, and you can watch a genuine twinkle appear in the eye, a silly grin spread across the face and almost feel the quickening heartbeat.  The lady inspires an almost cult-like worship.  I imagine the Baltimore Symphony Orchestra has the same effect on lovers of classical music played by a world-class organization such as the BSO.  So when you fill the nearly sold-out Meyerhoff Symphony Hall with a combination of both, you get an audience that hangs on every note and loves every minute of it.

There were no weak moments in the show at all.  How could there be with that level of talent on stage?

Audra McDonald is one of the most celebrated actresses working today.  With an unprecedented six Tonys, two Grammys, and a raft of other awards, including Drama Desk, Outer Critics Circle, she was also presented the National Medal of Arts by President Barack Obama in 2015. The Award states, in part: “for lighting up Broadway as one of its brightest stars… In musicals, concerts, operas, and the recording studio, her rich, soulful voice continues to take her audiences to new heights.” (Wikipedia). So yes, everyone in the audience was wired and ready.  The lady did not disappoint.

Wearing a beautiful, flowy gown with a black and navy floral print, her hair loose and minimal makeup, she walked onto the stage, along with her musical director, Andy Einhorn, joining her other trio who were already there (more about them later.) The orchestra was tuned up and ready, the lights were lowered, and we were off on a magical, musical night that was as fine a form of entertainment as anyone could wish for.

With a nod to the kick-off of Baltimore Pride weekend, her first song was ‘I Am What I Am’ from “La Cage Aux Folles.”  Given the large number of Gay Baltimoreans in the audience, an excellent choice, and she did the stirring anthem to gay pride with gusto.  One of the most difficult aspects of this type of concert is knowing how to balance it.  When to go fast, when to insert a ballad, when to add a little patter, a little audience participation.  Ms. McDonald is a master at pacing.  She obviously selected songs that she enjoys singing (why wouldn’t she?) and resisted pandering to only the most well-known representatives of the American Songbook.  Her next selection was the familiar ‘It Might As Well Be Spring’, but it was blended with the unfamiliar to me, ‘Hurry Up It’s Lovely Up Here’ from “On A Clear Day You Can See Forever.”

One of my favorite shows is “Songs For A New World” by Jason Robert Brown and the song ‘Stars and the Moon’ is a beautifully written story about a woman who thinks she wants one kind of relationship – until she finds it.  Ms. McDonald is an expert storyteller.  And this one is a beauty.

In between songs, she is so comfortable on stage, without a trace of divadom, that it’s like visiting with a friend who’s telling you about her family, her friends (all of whom just happen to be famous – like Stephen Sondheim and Barbara Cook) and her life as an entertainer.  There was a story about how she was about 13 and entered a local talent show, which she won.  But the judge questioned her song choice, as the song contained lyrics like, ‘but he’s the only man that makes my coffee percolate.’ What could a 13-year-old know about that kind of thing?  That had the audience laughing along with her as she told the story.  All of which was an introduction to her next song, ‘Coronet Man’ from “Funny Girl.” Another show-stopper.  The other song in her first half that had the audience cheering ourselves horse was a breathtaking, un-mic’d ‘Summertime.’  While she has an amazing voice in any register, ‘Summertime’ gave us a chance a to hear her completely unvarnished, crystalline soprano at it’s best.  Simply sublime.

The second half gave her a chance to spotlight her own musicians.  Musical Director Andy Einhorn had a firm command of the orchestra the entire evening, even stepping off the podium to occasionally play the piano.  Drummer Gene Lewin, bassist Mark Vanderpoel and pianist Brian Hertz are all terrifically accomplished, and it was obvious that Ms. McDonald had great rapport with all of them.  She did three songs just with the trio, none of them from Broadway, and each of them so good that the writers immediately won over a whole new fan base.

‘I Won’t Mind’, by Jeff Blumenkrantz is a lovely, poignant tale about loving someone else’s child as if it were your own. Ms. McDonald tugged every heartstring in the room.   ‘Facebook Song’ by Kate Miller Heidke had to be prefaced with a disclaimer that it contained a few, choice four-letter words, which it did and was hysterical.  It’s about what happens when your ex wants to friend you on Facebook.  ‘Are you blanking kidding me?’  is the subtitle.  And we were rolling in the aisles at the very lady-like Audra McDonald using that language.  Perfection.  And ‘I’ll Be Here’ by Baltimore native Adam Gwom should be made into a movie, the story is that compelling.  A young widow due to 9-11 recounts the life leading up to the event and how she moves on – finally – in its aftermath.  I tell you, I cried halfway through and didn’t stop until after the final, beautiful note had sounded.

There were no weak moments in the show at all.  How could there be with that level of talent on stage?  This was one of those nights of theatre that I will remember for the rest of my life.  I suspect that a good many of the audience will feel that way.  Thank you, Audra McDonald, for being born, pursuing your dreams, and sharing it with the world.