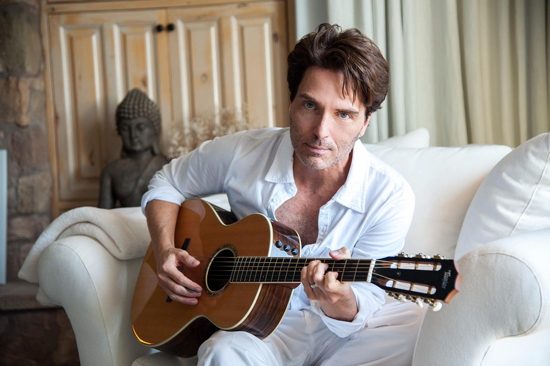 An enthusiastic crowd greeted Richard Marx, who opened the acoustic concert with his 1987 hit “Endless Summer Nights,” followed by audience favorites that spanned his decades-long career, including “Now and Forever,” “Right Here Waiting,” “Hold onto the Nights,” and “Last Thing I Wanted.”

Sipping from a cocktail glass between songs, Marx effortlessly moved from guitar to piano, all while filling the hall with a voice that is undeniably Richard Marx and that stayed fresh and strong throughout the evening. Frequent audience participation revealed how durable his music has been, as a nod from Marx had the crowd of all ages singing along with iconic hits such as “Don’t Mean Nothin’” and “Satisfied.”

…a voice that is undeniably Richard Marx…stayed fresh and strong throughout the evening.

Highlights of the evening included a rendition of “Dance with My Father,” the Grammy Award-winning song he co-wrote with Luther Vandross, and an “unplugged” moment when Marx grabbed his acoustic guitar and set the microphone aside to sing his 1989 hit “Angelia.”

Marx is not only a musician, but a talented comedian as well, who seamlessly weaved humorous anecdotes into the program, setting a tone of relaxed cool that convinced the crowd there was nowhere he’d rather be than right where he was, sipping a cocktail, having some laughs, and playing his songs for them.