“These small touches, added to set pieces like a rotary phone or Time magazines and newspapers strewn all about the stage, help transport the audience to a time in New York where comedy was king and NBC ruled most television sets.” – Kristen Price.

Synopsis: Inspired by Neil Simon’s youthful experience as a staff writer on Sid Caesar’s Your Show of Shows, with all the attendant comic drama as the harried writing staff frantically scrambles to top each other with gags while competing for the attention of star madman “Max Prince”. 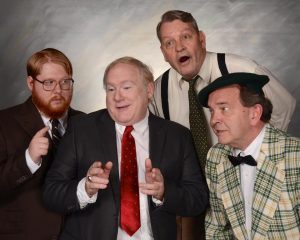 “Watching this classic musical in a crowd of children somehow breathes new life into it. Each interaction felt more real and honest than it had in any other production I’ve seen, like things children would really say and do rather than a set of insincere caricatures.” – Johanna Alonso.

Synopsis: Don’t miss your chance to see the comic strip characters of the lovable “Peanuts” gang comic brought to life in Summer 2018! This hit Off-Broadway musical is directed by acclaimed playwright and director Aaron Posner (Ford’s Theatre, Arena Stage, Folger Theatre, Signature Theatre, Woolly Mammoth Theatre Company, and many more!). Join Charlie Brown, Snoopy, Lucy, Linus, Sally, and Schroeder as they sing and dance their way through the timeless struggles of childhood. This show features catchy songs, including “You’re a Good Man, Charlie Brown”, and is the perfect family outing for the young and young at heart! 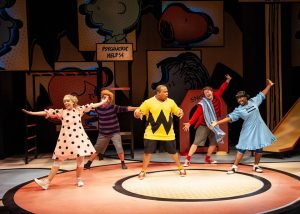 “My challenge to you is to go see “The Quickening” and count the number of times you jump!” – April Forrer.

Synopsis: The Quickening tells the story of a young couple moving into their new home on the outskirts of Richmond to start a family. Their burgeoning life is quickly disrupted by a ghost from the Civil War. Can the soon-to-be mother find the courage to learn the truth and face the unknown in order to save the life of her unborn child? 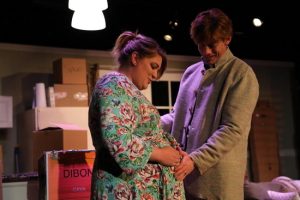 4. ‘The Crucible: A Benefit Staged Reading’ at Nextstop Theatre Company.

About: An all-star cast of Fairfax County Public School Theatre Arts teachers will come together to perform a one-night-only, special staged reading of Arthur Miller’s beloved drama. All proceeds will benefit the NextStop Summer Theatre Adventures program and the FCPS Theatre Teachers Association. 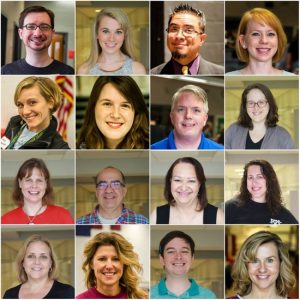 5. ‘Goblin Party: Once Upon A Time’ at 2nd OnStage Korea Showcase.

Tickets: Free with an RSVP (goo.gl/cDtvsp)

About: The Korean Cultural Center Washington, D.C. proudly presents the second showcase of OnStage Korea’s 2018 season, featuring Once Upon a Time by the original theater troupe Goblin Party. Fusing dance, acting, live music, costumes, and the story-telling songs of pansori, this unique performance represents a complete theater experience. Goblin Party aims to broaden the boundaries of dance, theatre, and music through this convergence of movement, sound and live performance. 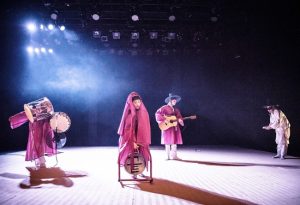 2nd OnStage Korea Showcase: Goblin Party “Once Upon A Time.”