‘A Quick 5’ with Julianne Brienza on 2018 Capital Fringe Festival 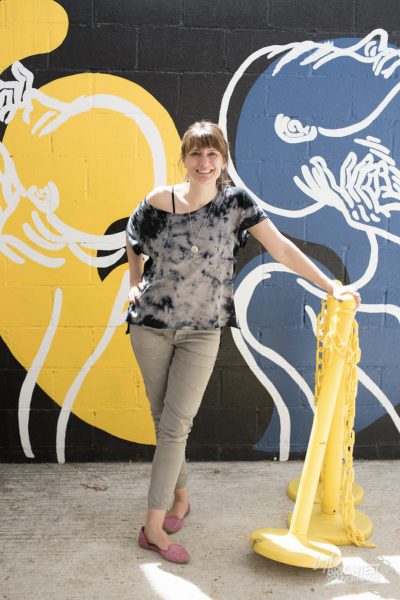 Julianne Brienza is the CEO and co-founder of the Capital Fringe Festival, running July 7 through 29, 2018.

Julianne has been with Capital Fringe since its inception in 2005. In her current role, she leads and guides Capital Fringe’s vision, organizational growth and community relations and development. During her tenure, Julianne has grown Capital Fringe’s operating budget from $400,000 to over $1 million. In addition, she has raised over four million dollars in project specific capital funds for the purchase and renovation of the Logan Fringe Arts Space. Julianne has developed and shaped programs to engage adventurous audiences and exploratory local, national and international artists and distributed over two million dollars to participating artists.

Julianne moved to Washington, DC in December 2003 from Philadelphia to manage Cultural DC’s Flashpoint project. She programmed Flashpoint venues, managed their arts incubator program, recruited participants and managed the facility. While at CulturalDC, Julianne started the Mead Theatre Lab Program – an intensive mentorship program for the performing arts. This program was shut down with the sale of Flashpoint in 2016 by Culture DC. In Philadelphia, Julianne created and ran the Greenfield Elementary School artist-in-residency program for Mum Puppet Theatre that is still in existence, served as Managing Director of 1812 Productions – a non-profit theatre company that focuses on comedy, worked with FringeArts for three years in various capacities from venue manager, box office, to performing in Festival productions, and was a Professional Apprentice with the Arden Theatre Company. Born and raised in Dillon, Montana, Julianne is a Magna Cum Laude graduate of Viterbo University in La Crosse, Wisconsin with a Bachelor of Fine Arts-Theatre and minors in philosophy and visual arts. She also attended The Sandglass Theatre’s Puppet Residency at Marlboro College.

For more information about the Capital Fringe Festival, click here.

As CEO and co-founder, what inspired the inception of the Capital Fringe in 2005?

At the start, fourteen years ago, simply the goal and mission was to be a platform for exploratory artists and create an audience base that was adventurous.

When we purchased our 12,000 sq ft. property in Trinidad DC, it was a major decision for the organization. A core value of Fringe is to take risks and this was a big one. Recently we reached a major goal with our capital fundraising enabling Fringe to close our Trinidad property in June to the public. We will begin our major renovation and addition that will transform the space and Fringe overall this coming fall. Once it is completed the space will contain three 200 seat theatres. One of the three theatres will operate in accordance with Actors Equity; scene shop/build space operating and adhering to all OSHA rules and standards; art gallery and indoor bar.

In the fall, Fringe will be hosting a series of town halls meetings in part to reach out to the community about their needs and to outline how our programs and organization will continue to evolve.

What can theatregoers expect out of this year’s Capital Fringe Festival?

Much of what audiences have always come to expect at the Fringe Festival, shows that can expose you to a new point of view and really run gamete. Additionally, we have launched the Fringe Curated Series where we commissioned three plays and are presenting two theatre companies.

The venues are the closest geographically that they have ever been – and yes, all have AC. Drinks and talking over shows can happen at CityBar 400 E Street SW, the official roof top bar of the festival.

What is the hardest part about your job as CEO?

Prioritizing effort and making decisions in a timely manner all day every day!

Over the years, do you have any personal favorite shows from the Capital Fringe?

I don’t really think of the Festival in those terms. I am not really an audience member. I remember keys moments when various staff members saved the Festival. Like when a company’s entire set got thrown in the trash because it was made out of cardboard and the janitor just threw it away. The staff saved the day by finding the right sized card board and making the set with the artists. The show went on. When the full festival works: audiences enjoying shows with ease, artists being rewarded with positive energy and ticket revenue, the staff enabled to solve problems –  everything humming – this is my favorite!!