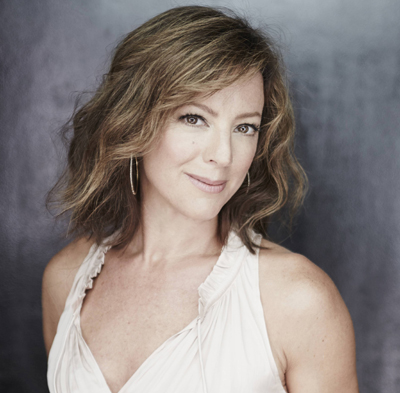 Sarah McLachlan’s singing, remarkably, hasn’t changed much in the past 20 years. There’s a startlingly intimate quality to her voice and to her music that’s virtually unmatched, and it was on full display June 29 at the Strathmore Music Hall, despite the large space in which she performed.

Perhaps better known these days for appearing in heart-breaking ASPCA ads, McLachlan was a 90s icon; her 1997 album Surfacing sold 16 million records worldwide and spawned such enduring hits as “Adia,” “Building a Mystery,” and “Angel” – all of which she played to a packed audience Friday. But McLachlan is no mere performer. She made sure that the audience understood the process, and the places each song came from, often talking for minutes at a time about the origins of a particular song. Now in her 50s, she was open and funny and rueful about the songs that defined particular moments in her life.

She admitted at the beginning that it was her first show “in a long time,” but McLachlan displayed an ease that has stymied other veteran performers. Singing live, it was not the softness of her voice, so prevalent on her records, that dominated, but the surprising power behind it. She showcased not only her musical skill (which is impressive; during the course of the concert she played piano, two guitars and a ukulele) but her vocal skill, belting out and holding notes for impressive lengths. The room went completely silent when she started singing, and particularly well-done vocals prompted applause mid-song.

Singing live, it was not the softness of [McLachlan’s] voice, so prevalent on her records, that dominated, but the surprising power behind it.

One striking example was her live rendition of “Adia,” a song that, on the recording, can sometimes feel repetitive, albeit beautiful. McLachlan, when singing the song live, adds a mournful, bluesy timbre to it absent from the 1997 version. This version is redolent with all the guilt and hope of redemption the lyrics suggest. Likewise, her live version of “Sweet Surrender” was much slower and more deliberate than the recorded version, allowing McLachlan to really display her vocal and musical skills. She sang all of her major hits, but also took requests from the audience, and even started a sing-along for the song “Ice Cream.”

Sarah McLachlan is a noted philanthropist – in addition to her ASPCA ads, she founded a music outreach program in Canada, and has worked for many charitable causes. She created 90s cultural icon Lilith Fair, a women-led concert tour and music festival that ran for three years and raised millions of dollars for charity. The sheer interest she takes in the welfare of the world around her, and for her own inner life, shine through her music. At Friday’s concert, she had no backing band, no special tricks—it was just her and her music, and it was utterly riveting.