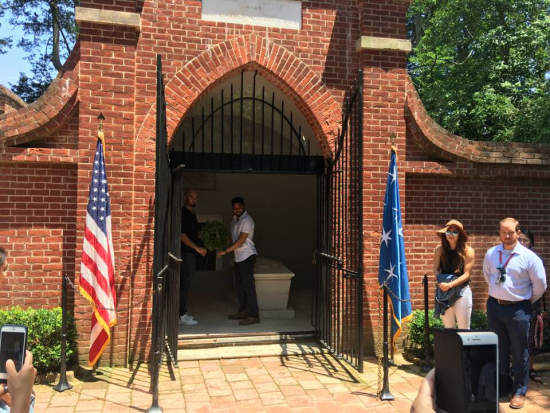 Have you ever wondered what the cast of “Hamilton” does to pass the time during their limited time off?

Recently, cast members from The Kennedy Center’s ‘Hamilton‘ paid a visit to George Washington’s Mount Vernon. I spoke with Donald Francisco, History Interpreter and The Resident Fifer at Mount Vernon about his experience with the cast. 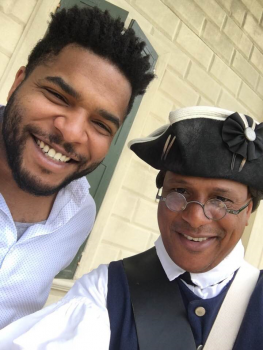 “The visit from the cast of ‘Hamilton’ was kind of a surprise. It was really kind of low key,” said Don. “I was very excited when I found out they were coming, especially being an historian and a musician.”

A native of New Orleans, LA and 30 year US Army Veteran Soldier/Musician, Don Francisco shares information about The Mansion and Music, talking about how music (mainly martial music) was used then and how it’s used now, bridging the gap. 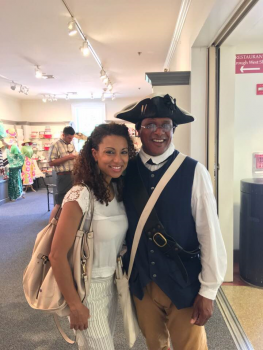 Don can be seen around Mount Vernon wearing an authentic uniform playing the fife or beating the drum,  performing at certain ceremonies and special events. He also offers classes to guests of all ages. Sometimes children who visit even get to march along with Don humming and whistling to his merry tunes.

Don went on to say, “The cast was very interested, kind, and fun. It was nice to see them on a day off. They were excited to be at Mount Vernon. They participated in a wreathe laying ceremony at The Tomb of Washington. That was very special.”

“I had a very nice time and talk with the actress playing the role of Angelica Schuyler (Sabrina Sloan). The entire cast and crew didn’t make it to Mount Vernon, but it was a nice showing of those who did. They came in the morning and toured the Mansion and also ate lunch.”

After you see ‘Hamilton‘ at The Kennedy Center, consider a visit to George Washington’s Mount Vernon. 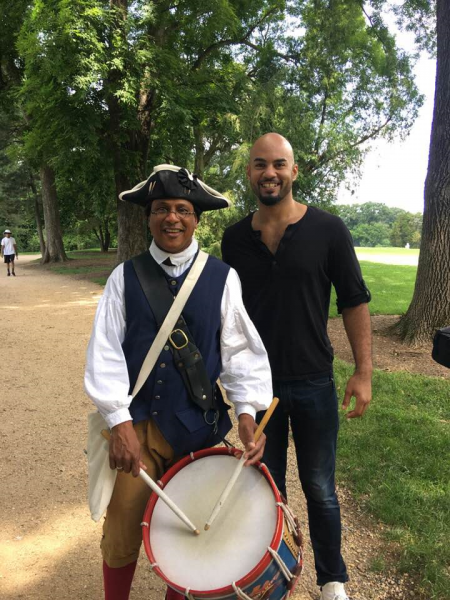