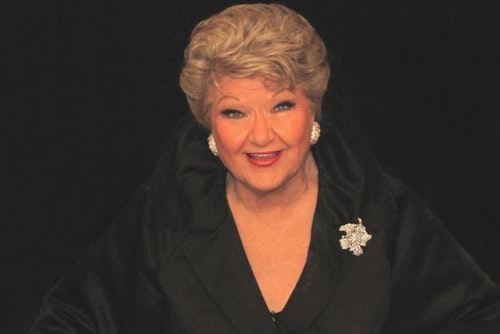 Marilyn Maye is a cultural and musical treasure. In the years since Maye first appeared in the spotlight as a pre-teen vocalist in a series of amateur contests in Topeka, Kansas, she has received an endless stream of kudos.

The late Johnny Carson called her “Super Singer.” Ella Fitzgerald dubbed her “The greatest white female singer in the world.” And the prestigious Smithsonian Institution chose her recording of “Too Late Now” for inclusion in its Best Performers of the Best Compositions of the 20th Century permanent collection.

AMP is your place to come together for great music at Pike & Rose, an urban-minded, Metro-accessible neighborhood on Rockville Pike. Powered by Strathmore, with innovative drinks and bites by Ridgewells, AMP puts a premium on authentic live music experiences, bringing new energy beyond the Beltway.

Located in the thriving and rapidly changing North Bethesda District in Montgomery County, AMP is the nexus of live entertainment in this growing neighborhood. Food and drink menus change seasonally, and music changes nightly, featuring an eclectic mix of genres in an upscale casual atmosphere that will entice neighbors from across the street and music fans from across the DMV. Located on Metro’s red line at the White Flint stop, AMP is easily accessible by car or public transit.

The live music and dining concept has a capacity of 230 for a performance and features a 2,800 square foot concert space and 1,100 square foot lounge. AMP is also available for corporate meetings, weddings, and other private events.

AMP is run by Strathmore, a 501(c)3 nonprofit organization. Profits from AMP support Strathmore’s mission to presents and produce exemplary arts programs for diverse audiences, creates dynamic arts education experiences, and nurtures creative ideas and conversations that advance the future of the arts.