1. UrbanArias ‘Why is Eartha Kitt Trying to Kill Me?: A Love Story’ at Signature Theatre.

“…a smart take on what the medium can be: poignantly tragic, yet light and accessible.”

Synopsis: JB Williams is having a bad day. Eartha Kitt is following him. The artist he has a crush on has spurned him. And now a cop is interrogating him. A zany, delightful, rhythm-driven romp through the darker side of love. 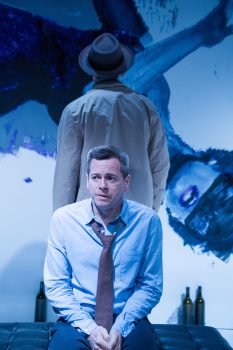 Keith Jameson as JB Williams in UrbanArias’ “Why is Eartha Kitt Trying to Kill Me?: A Love Story” at Signature Theatre. Photo credit C Stanley Photography.

2.  ‘Anything Goes’ by Rockville Musical Theatre.

Synopsis: Music, dance, laughs, and the age-old tale of Boy Meets Girl– no musical puts it on stage better than ANYTHING GOES! A hilarious shipboard romp, wrapped around one of Cole Porter’s most magical scores, ANYTHING GOES is Delightful, Delicious, and De-Lovely. 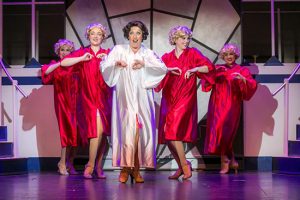 “Toby’s brings Broadway to Columbia with this production of “Mamma Mia” and we are lucky to have these “Dancing Queens” in our own backyard!” – April Forrer.

Synopsis: MAMMA MIA! June 15 – September 9  A mother. A daughter. Three possible dads and a trip down the aisle you’ll never forget. Audiences around the world have fallen in love with the music and story that make MAMMA MIA! the feel good show of our time. On a Greek island paradise, on the eve of her wedding, a daughter’s quest to discover her father’s identity brings three very different men from her mother’s past back to the island. The magic of ABBA’s timeless hit music (”Dancing Queen,” “The Winner Takes It All” and many, many more…) tells this story of love, laughter and friendship. 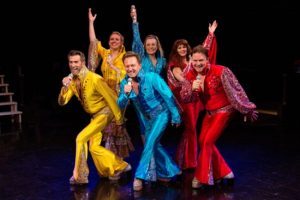 4. ‘Secrets of the Universe (And Other Songs)’ at The Hub Theatre.

“You will be swept away into your own existential ponderings as you share the sweet and sometimes salty interactions between two stars flickering brightly against the dark night.” – Liz Ruth-Brinegar.

Synopsis: In 1937, a physics professor at Princeton University received a call. The internationally-renowned classical singer Marian Anderson was giving a concert at the McCarter Theatre in Princeton. But because she was African-American, Anderson was denied a hotel room. Instead she accepted an invitation to stay at the professor’s home. That professor was Albert Einstein.  This play with songs is based on the true relationship of these titanic figures, a union of hearts, minds and souls in a quest to unlock the secrets of the universe. * World Premiere. 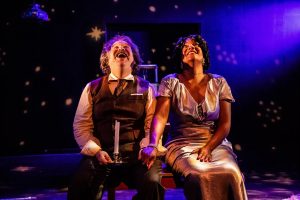 Sasha Olinick and Lolita Marie in Secrets of the Universe (And Other Songs). Photo by DJ Corey Photography.

Synopsis: With her gentle voice, porcelain skin and big, crayon-blue eyes, Rita Rudner shatters the stereotype of brassy, tough comediennes with poise and sophistication. One of the most ethereal comedians on today’s hyperkinetic comedy circuit, Rita Rudner’s soft-spoken humor has led to sold-out club appearances across the U.S.A. as well as in England and Australia. Her non-stop, witty observations on modern life cover such diverse topics as relationships, family and the importance of cleaning ladies. 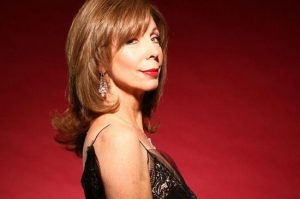