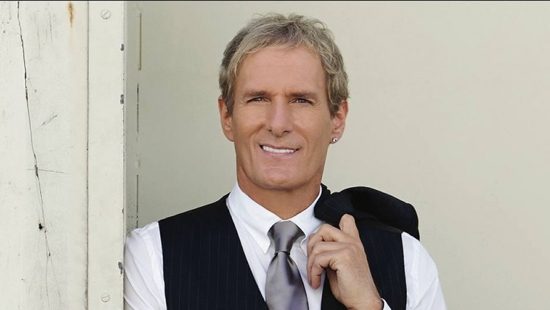 Long, curly blond hair may be a thing of the past for Michael Bolton, but his husky, unmistakable voice, which elevated him to international stardom, is still as unique and hypnotic as ever. The 80s and 90s music icon played a 17 song set in cozy Annapolis at the Maryland Hall for the Creative Arts on August 21, 2018, to an enthusiastic crowd which included Cal Ripken, Jr., who got a nice shout-out by the two-time Grammy Award winner. It was clear from the opening song, Stand By Me, that Bolton had not lost his touch, neither in his vocal range nor his charm.  He followed with the Bee Gee’s To Love Somebody, a song from his 1992 album Timeless: The Classics, which the crowd gleefully sang along to. The night was full of moments like that.

Bolton’s performance was a confirmation for me that his songs were the music sound tracks of love, heartache and romance…

Michael Bolton has never been known for super energetic, high-flying theatrics of any sort. In fact, he didn’t move a whole lot during this performance. However, it was hard not to hang on every word, for in between songs he made quirky remarks and had the audience laughing and engaging with him throughout the show. This was very surprising and quite amusing. Bolton often made jokes about himself and his age and some in the audience were happy to help him in jest. There were lots of light chuckles and moments when Bolton just made small talk with the crowd in between songs. The commentary was refreshing, actually. However, there was no question Bolton’s performance, which was a tribute to great songwriters in many ways, was a confirmation for me that his songs were the music soundtracks of love, heartache and romance for so many who associate them with important moments in their lives.

Many of Bolton’s hits were written by other songwriters, but he has a number of hits to his own credit. But it’s important to note Bolton is a master of adding his own flair and signature to some of the most beloved, classic songs in music history. This is no easy feat, though Bolton has made quite a career from doing just this. Moreover, sometimes his critics haven’t always given him credit for his musical prowess. One utterly shocking moment in the show came near the middle of the set when he introduced the classic blues number, Sweet Home Chicago, with a Paul Reed Smith guitar strapped around him. I knew Bolton played in a heavy metal band name Blackjack in the 70s, but when he started playing the blues on guitar, I was taken aback. His guitar solo was very impressive and this number was by far the most energetic and explosive song of the evening. After hearing Michael Bolton actually “rip” on guitar, I couldn’t help but praise him more as a musician.

Michael Bolton’s voice shows no sign of declining, nor does his charisma. Just last year, he released his ninth studio album titled Songs of Cinema. In his performance at Maryland Hall, he kept up a good pace with several hits, including Said I Loved You… But I Lied, How Am I Suppose To Live Without You and How Can We Be Lovers. He also did a duet with female vocalist (and one of his backup singers) Sam Fly on the song To Make You Feel My Love, which was made popular by the singer Adele. Bolton closed the show with Steel Bars and came back on stage with Time, Love and Tenderness for his encore. He tours frequently and people continue to line up to see his performances all over the world, including several 2018 dates in the USA, UK, Scotland and Canada.

For more information on Michael Bolton, his tour dates, and updates, please visit his website.