Synopsis: Based on Louisa May Alcott’s life, Little Women follows the adventures of sisters, Jo, Meg, Beth and Amy March as they come of age in Civil War America. 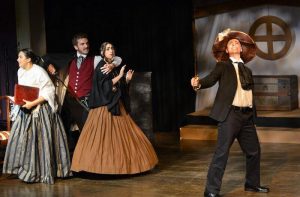 “Artful visuals, strong acting, pleasant tunes, and hearty laughter are all waiting to be found somewhere deep within woods of Galway in ‘An Irish Twist on A Midsummer Night’s Dream.’” – Andrew Parr.

Synopsis: The Montbrooks are among the numerous English expatriates awarded land in Ireland, where the late Lord Montbrook moved with his family in the late 1700s. His sister, Aveline’s mother, was disowned by the Montbrook family after she fell in love and eloped with an Irishman, who was later killed in the Irish rebellion of 1798. When her mother died, the young Aveline went to live with Margaret and Lady Montbrook on their estate. There, Aveline fell in love and had a mostly secret affair with Lord Gregroy, the son of the Montbrooks wealthy neighbors. Lady Montbrook, having fallen on hard times due to her tenant farmers inability to pay their rent, is now eager to have her only daughter, Margaret, marry the wealthy Lord Gregory, whose parents also support the union. 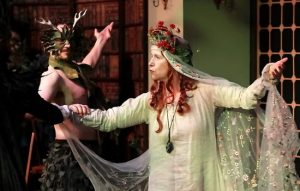 3. ‘The Little Mermaid’ at Cockpit in Court.

“If Disney musicals are your cup of tea, you’ll find this production of ‘The Little Mermaid’ perfectly sweet.” – Timoth David Copney.

Synopsis: Ariel, King Triton’s youngest daughter, wishes to pursue the human Prince Eric in the world above, bargaining with the evil sea witch, Ursula, to trade her tail for legs. But the bargain is not what it seems, and Ariel needs the help of her colorful friends, Flounder the fish, Scuttle the seagull and Sebastian the crab to restore order under the sea. 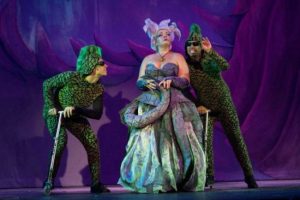 “…this new musical will make you laugh, give you hope and touch your heart.” – Lynne Menefee.

Synopsis: From a Tony and Pulitzer Prize Award-winning creative team, comes the world premiere musical comedy Dave, adapted from the Oscar-nominated film. Dave tells the story of high school teacher (and presidential lookalike) Dave Kovic, who is hired by the Secret Service as a stand-in for the Commander-in-Chief. When the President falls ill under less than “presidential” circumstances, Dave is thrust into the Oval Office to avoid a national scandal, and must find a way to gain the trust and love of the American people…and the First Lady. 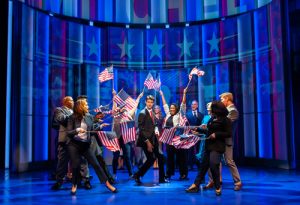 5. ‘Beauty and the Beast’ at Way Off Broadway Dinner Theatre.

Synopsis: Step into the enchanted world of Broadway’s modern classic, Disney’s Beauty and the Beast, an international sensation!  The classic story tells of Belle, a young woman in a provincial town, and the Beast, who is really a young prince trapped under the spell of an enchantress.  If the Beast can learn to love and be loved, the curse will end and he will be transformed into his former self.  But time is running out.  If the Beast does not learn his lesson soon, he and his household will be doomed for all eternity. 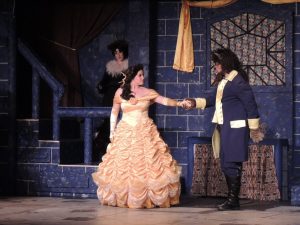