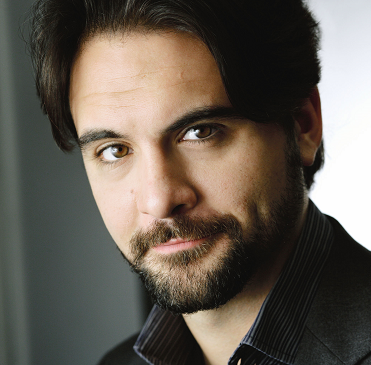 Cody Nickell is currently playing the role of Paul Verrall in “Born Yesterday” at Ford’s Theatre.

How is this 1940s political satire still relevant today?

There is no doubt in anyone’s mind that Garson Kanin’s play is relevant and timely. My character Paul says this in one of his more strident moments in the play, “The whole damned history of the world is the story of the struggle between the selfish and the unselfish.” At its core, Born Yesterday is a story of that struggle. And so I think anytime someone decided to produce this play it would be relevant. However, producing this play now, right now, in the political climate we are in, in this town, where the play is actually set, with the backdrop of SCOTUS hearings, #metoo, and the daily news cycle serving as a reminder of the terrible relevance of this plays themes feels especially timely.  This is a play about female empowerment, about the fragility of our democratic structures, about outside money and self-interest influencing the political process, and about the bravery required to stand up to those who are bigger, louder, and more powerful than you. And all of that is conveyed in this beautifully crafted, very funny and very human well-made play.

What does your character, Paul Verrall want and need?

One of the many wonderful things about this play is that the characters are complex and that what may at first look like stock characters (the heavy, the ditzy chorus girl, the reporter, the jaded lawyer, the senator) all turn out to be multifaceted and layered individuals. That is to say that my journey as Paul throughout the show has a few twists and turns that change his needs and wants. As the reporter, he has a story he is trying to break, and while that need never leaves, his introduction to Billie Dawn (the not-so-ditzy chorus girl), really changes the course of his journey. Paul’s desire to help Billie and to awaken her sense of curiosity and independence, his growing love for her, and his hopes that she will walk away from her life with Harry Brock (the heavy) become the main wants and needs that he contends with throughout the play. 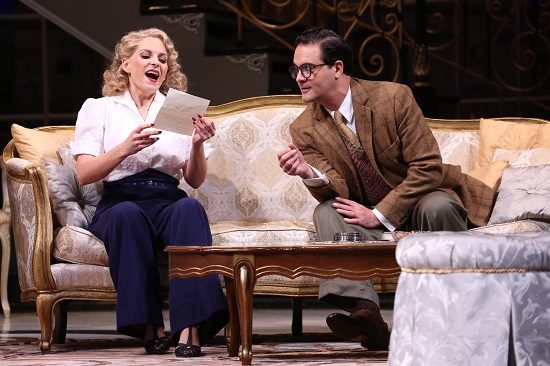 What has your experience been like in working with acclaimed director Aaron Posner?

Aaron and I go back about a decade. He has directed me in 6 shows, and I also had the privilege of working on the world premiere of Aaron’s play Stupid F***ing Bird. However, it had been a few years since we have been in the rehearsal room together, so I was delighted that he offered me the opportunity to work on this show with him and the terrific group of designers and actors that he and Ford’s Theatre had put together. And the experience did not disappoint. Aaron came in with the idea that we were just going to do the very best version of this very great play that we could. We were going to scratch at the surface of this play and dig down and really get under the skin of these characters and create as complex a production as we could. His guidance throughout the process, his unwillingness to stop digging, his tenacity to keep getting more and more specific with the story telling, and his attention to detail all have served this production tremendously. We are all very proud of the work we are doing, and that is in no small part due to Aaron. I think he really hit a high mark with his work on this one, and I am grateful to have been a part of it.

These types of questions are always tricky to answer. I have some really stirring lines about the beauty of democracy, or the power of education. I quote some beautiful prose. There are some lines that really grab the 1940’s energy and style that the play demands, and those are hugely fun to get my mouth around. But I think right now my favorite thing I say is just one word. “Inhabit.” It is a joke that comes late in the play, and I won’t describe the context so as not to ruin it for any potential audience members. But the reason it is my favorite right now is because it encapsulates the science that goes into getting a laugh. I had tried a few different readings of the line throughout the rehearsal process, but knew that until an audience showed up, I wouldn’t really be able to land on a line reading that was just right. The line, or more correctly, the word is an interjection to a line of Kimberly Gilbert’s character Billie Dawn, and the rhythm, volume, pitch, and physical proximity to Billie all really matter to whether the joke will play or not. And our first time in front of an audience I changed my read, made a fresh choice, and really nailed it. The laugh resounded from the audience that night, and every night since (knock on wood).

I love to cook. I love cookbooks, kitchen gadgets, a good sharp knife, a farmers market, a local butcher, and cooking anything from scratch. I love messing around in a kitchen solo or with family and friends. Gathering in someone’s home for a meal is a special treat, and the prep of that meal is a thing of beauty. The comparisons of making a meal and making a play are many and true. You need all the right ingredients and techniques and equipment, too much of one thing or not enough of another can cause detrimental harm to the final product, training and intuition both deserve a place at the metaphorical table, and when a play or a meal is finished, it is truly a thing of the past, not something to be held onto. One of the main differences is that I can make a meal by myself, I don’t have to collaborate with anyone. That alone time in a kitchen can be a real restorer.