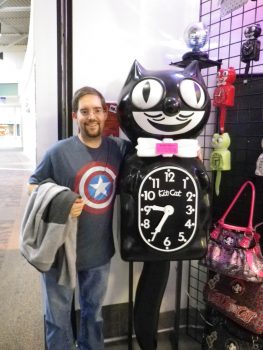 Martin Grams is an American historian who has written extensively on radio, television and films. Grams has provided audio commentary for commercial releases of DVDs and BluRays, written hundreds of magazine articles for scholarly journals, provided commentary for filmed documentaries and delivers lectures at various institutions including ARSC, SPERDVAC, REPS and the Library of Congress. He the author and co-author of more than 20 books, and contributed numerous appendixes and chapters for other books. His book on THE TWILIGHT ZONE was the winner of the 2008 Rondo Award for “Best Book of the Year.”  Each September he volunteers his time to help the Mid-Atlantic Nostalgia Convention in Hunt Valley, Maryland.

Now in its 13th year, what inspired you to create the Mid-Atlantic Nostalgia Convention?

The Mid-Atlantic Nostalgia Convention started as a result of my love for classic movies, old-time radio and retro television. As an attendee and sometimes vendor at film festivals and conventions over the years, I observed what I thought was the best and worst ideas and implemented the best. Over the years I noticed how the format of public fan gatherings evolved into more business and less fan focused, such as cattle calls for photo ops, so the Nostalgia Con was established to ensure the continuation of a throwback to when conventions were fun.

For those who have never attended the MANC, please talk about what guests can expect.

The Mid-Atlantic Nostalgia Convention is a three-day film festival where we screen old classic movies and television programs, with a few added bonus features. Slide show seminars hosted by historians, museum curators, authors and researchers, revealing their archival findings, celebrity interviews on stage, hundreds of vendors selling vintage collectibles and, of course, Hollywood celebrities to sign autographs and pose for photos with fans. Someone once compared our event to the Turner Classic Movies film festival except that they did not have to fly out to the West Coast or pay excessive $1,000 plus admission fee to attend.

Let’s talk a little bit about the behind the scenes preparation for the convention.  How do you round up and organize the stars, venders, and volunteers that made this all possible?

The convention operates with an open door policy. Anyone who wants to present a slide show seminar on stage can do so if they contact us in advance. Vendors help defer the costs of operation. The celebrities are chosen based on who we think the annual attendance would like to meet. 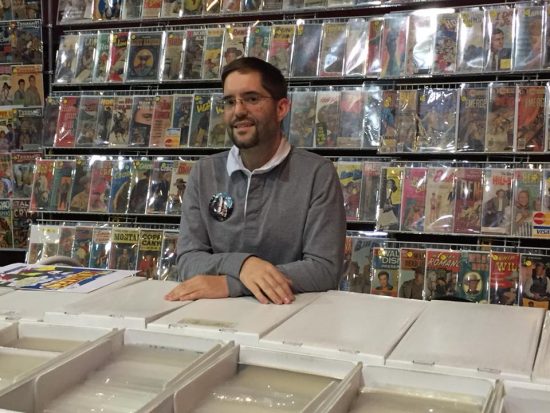 Please talk about a favorite story about one of the stars that has attended the convention.

Some of the celebrities who attend the convention are so eager to meet the fans that they are willing to go over and beyond the call of duty. I recall one celebrity, whose name I will hold back, arriving with an assistant. As we were leading the way to her hotel room to check in for the weekend, she had to stop halfway down the hallway to catch her breath. “Is she okay?” I asked her assistant. “Oh yeah,” she told me. “She just needs to take her time. She got out of heart surgery a few days ago.” The celebrity rarely had an opportunity to meet her fans that she risked her health to attend the convention and never told us. Naturally, we got her a room much closer to the lobby so she would not have to walk so far.

What do you hope visitors will walk away with after attending the MANC?

The celebrities sometimes overshadow what the event is — many show up at the convention, get their autographs, pose for photos with the stars, and leave the convention. Why they do this, I do not know. They bypass all the fun scheduled throughout the weekend. Thankfully, as the years have passed, more and more people have figured out there was more than just celebrities and they take time to enjoy a few slide show seminars. The greatest satisfaction I receive is when someone tells me something they learned over the weekend that they never knew about — and plan to spend the next year exploring the subject in greater detail. For example, out program guide always has a few articles focusing on the themes of the weekend. This year we have an article about film noir, amongst the handful of classic movies we will be screening throughout the weekend as a tie-in. It is my hope that people leave the convention with a greater appreciation for film noir. At the very least, they will know what film noir is.