Concert Review: ‘Star Wars: A New Hope in Concert’ with the Baltimore Symphony Orchestra at Meyerhoff 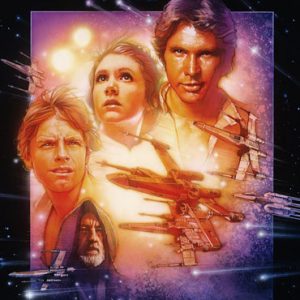 “MOM. DAD. We have to sit down or we’re going to miss the big, yellow letters! That’s the best part!”

This was a quote I overheard from a rather rambunctious youth as my guest and I shuffled our way to a seat at the Joseph Meyerhoff Symphony Hall on a sunny Saturday afternoon to see “Star Wars: A New Hope In Concert.” The Meyerhoff was filled with an eclectic group of people. Jawas and Jedi stood in line for popcorn, while finely dressed ladies and gentlemen socialized with a “Star Wars” – themed libation in hand. The energy was apparent as we were about to watch a classic film that would generate one of the largest and most financially successful fandoms in the history of the world. But, as many of my friends and family asked, what exactly is “Star Wars: A New Hope In Concert?”

It’s quite a novel idea, and it’s almost a shame these concerts didn’t start popping up sooner. From what I can tell, various orchestras from around the globe receive a cut of a film without the underscoring. In the case of this past weekend, the Baltimore Symphony Orchestra played the entirety of John Williams’ iconic score that would launch the careers of both George Lucas and John Williams into legendary film history. Audience members are treated to live music, while they also enjoy the classic film. It makes for a lovely outing or date with loved ones or friends. Prices are more than fair, considering movie ticket prices nowadays have skyrocketed, and with this option, you are treated to a concert by professional musicians.

The shared experience of watching a film, while enjoying professionals breathe life into a musical score was beautiful.

If you see any of your favorite films coming to the Meyerhoff to be played by the BSO, buy the best seats and enjoy the experience. You will absolutely not regret it.

The sly and smiling conductor, Jack Everly, greeted the audience with “Hello, fellow members of the resistance!” Cheers and applause instantly erupted, which were amplified by the acoustics of the concert hall. Everly encouraged everyone to clap, cheer, and make noise whenever a favorite moment occurred, and the lights dimmed. The screen that hovered above the symphony showed the various logos of the production studios as the Baltimore Symphony Orchestra played the introduction music. Finally, the words “A long time ago, in a galaxy, far, far away..” appeared and the silence was deafening. Then, the glorious brass instruments hit those powerful, nostalgic notes that most of the population can identify as the “Star Wars” into and indeed, those big, yellow letters started to scroll across the screen.

The shared experience of watching a film, while enjoying professionals breathe life into a musical score was beautiful. The eyes of the audience members were glued to the screen; Harrison Ford as the devilishly handsome Han Solo sauntered around the Millennium Falcon, Mark Hamill as the young Luke Skywalker impulsively flew into the Death Star, and Carrie Fisher as the intelligent and courageous Princess Leia defied a group of evil, manipulative men in order to defend the resistance. If you temporarily were able to pry your eyes away from the screen, it was interesting to observe the dynamic of the performers and the conductor. Musicians would sneak a peak at the screen. The conductor had a special piece of equipment that also showed the film; it bleated various bars of white, yellow, and green with the occasional flashing dot to keep the orchestra in time with the film.

To be fair, both my guest and I are “Star Wars” fans with a background in music and arts. Both of us noted smaller details that we noticed in this viewing that we had not before. The attention to detail in the construction of the droids was very noticeable with a larger screen and there seemed to be a reoccurring theme of Stormtroopers struggling with locked doors. I must lament one thing with this showing. This was the ‘remastered’ version of “Star Wars: A New Hope,” which meant that some of the creatures and ships from the original cut were replaced by CGI in 1997. Also, there is an additional scene with Jabba the Hut that was not in the original release. These additions have been met with mixed criticisms (including my own), but it was George Lucas’s desire to temper his masterpiece with technology to make his vision seem more realistic.

Listening to the Baltimore Symphony Orchestra play the entirety of the film’s score up close and live was a fun game of identification for any fan of John Williams. Since this was his first film that would hit blockbuster status, the score would foreshadow other familiar motifs from his latter blockbusters including, but not limited to Jurassic Park, Indiana Jones, Harry Potter, Home Alone, E.T., and Schindler’s List.

The Baltimore Symphony Orchestra’s performance was truly world class. These film concerts are a blend of the popular and the classical. Every seat at the Meyerhoff should be filled with people of all ages and backgrounds. And if you don’t trust me, then I simply find your lack of faith disturbing.

Running Time:  Approximately 2 and 1/2 hours, with one 15 minute intermission.

For more information on upcoming BSO performances, including Tim Burton’s “The Nightmare Before Christmas in Concert,” click here.

For more information on upcoming shows at the Meyerhoff, click here. 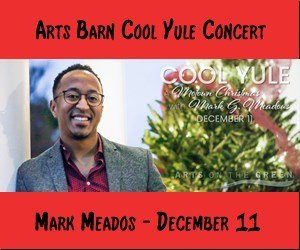