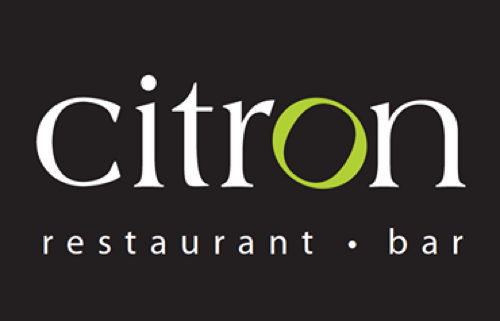 Last week, on a lovely moonlight night, I had the pleasure of dining – and listening – at Citron.  If you haven’t heard of it, no worries, I’m going to tell you all about it.  And the place is definitely worth hearing about.

This jewel of a restaurant is tucked away on Quarry Lake Drive, right on the lake itself.  And from the first minute you arrive, you know you’re in for something special. The valet parking is free, the maitre d’ is politely efficient and asked if I would prefer indoors or outdoors, so I split the difference and chose to sit on the covered patio directly next to the lake.  Because the reason I was there was not primarily for the food (which I’ll tell you about soon).  I wanted to make sure I had a good seat to hear the evening’s entertainment.  And from this excellent vantage spot, I commenced what was to be one of the most enjoyable dining and listening experiences I’ve had for quite a while.

…with a Lobster Meuniere Sauce that was so good, it would make angels weep.

On Citron’s website, they describe themselves as being ‘casually elegant.’  I can’t think of a better way to put it.  Using locally sourced products when available and top-drawer suppliers when it’s

not, chef Charles Levine and his wife, Susan, who also is the restaurant’s public relations arm, have created a space that is as suited for unobtrusive entertainment as it is the fine dining they are known for.

The night I was there, the featured performer was one Bill Hugo.  You know how some people don’t look the way they sound?  Well, this seasoned, guitar strumming, mouth-harp blowing guy looks just like he sounds – clean, clear, open vocals matched perfectly with his unassuming demeanor.  As comfortable with the banter between songs, encouraging the audience of diners to guess who originally created some of his more obscure selections, he was relaxed and seemed completely comfortable.  Bill has an eclectic mix of songs but leans heavily on the folk-rock songbook of the 60s and 70s.  With songs like ‘The First Cut Is the Deepest’ by Cat Stevens leading into ‘Going To Carolina In My Mind’ by James Taylor, and continuing in that stream for the majority of his first set, he’s a singer who knows his material well enough to make it shiny and new for an audience who will remember the earlier versions and turn those who’ve never heard it before into fans.  This is definitely one of the restaurants sweetest offerings.

And speaking of the food, I started my meal with a lovely rosé, suggested by my savvy and personable server, Parrish.  I followed that with a delectable Shrimp Egg Roll that was as delicate and light as a fairy’s kiss.  The coup de foudre was the incredibly elegant (and this time there was nothing casual about it) presentation of Diver Sea Scallops, Pecorino Seared, Edamame Mash, Local Corn & Tomato Salad, with a Lobster Meuniere Sauce that was so good, it would make angels weep.

So if you’re looking for an exceptionally terrific meal accompanied by some outstanding entertainment, in a lovely setting on a lake no less, then Citron is the place to be.

Citron can be reached via – Email at info@citronbaltimore.com with general inquiries or their website or call (410) 363-0900.  They are located at 2605 Quarry Lake Drive Baltimore, Maryland 21209 inside the Baltimore beltway 695, Exit 22 South, off Greenspring Avenue.