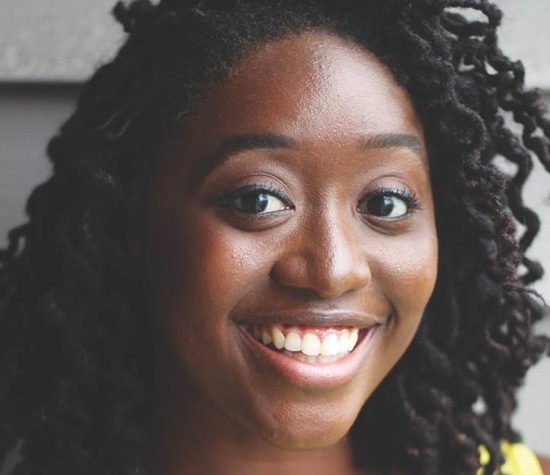 It was only one act–the first act. And that wasn’t nearly enough. This delicious, thought-provoking, fiery new musical by Britt Bonney, a composer and lyricist, music director, and educator based in New York City, promises an eloquent tale of one of the forgotten heroes before Rosa Parks refused to give up her seat in Montgomery, Alabama.

This is a story that needs to be told and this is a wondrous vehicle for it.

But at the talk-back at yesterday’s performance of “Montgomery,” she promised a second act. I can barely wait. This musical is that good–it’s fresh and exciting and tells the story mostly in song. Clocking in at barely an hour, the first act flew by. In the end, it brought the audience to its feet to thunderous applause.

The story is based on Claudette Colvin, a 15-year-old schoolgirl who didn’t give up her seat to a white woman. She was arrested and charged, and eventually convicted. Through her actions, she inspired Mrs. Rosa Parks, who was active in the local chapter of the National Association for the Advancement of Colored People. Colvin was a member of the National Association for the Advancement of Colored People Youth Council. Colvin was not the first to refuse to give up her seat, but she was the first to want to retain a lawyer and go to trial. That decision inspired Parks, and also cost Colvin her life’s dream. The first act of this musical takes us from the bus ride to the trial and the decision by Parks to find an opportunity to make a stand.

Without ever preaching or burdening the story with a capital H history, Bonney used the blues-, rock- and gospel-inspired score and the book to bring the audience into the lives of these real people. On a visceral level, you feel the complexities and exhaustion of being a person of color in a Jim Crow South that refuses to abide by the Constitution, and you also feel the stirrings of hope in watching the younger generation raise their heads and follow their hearts. The music and the lyrics tell the story and move the story briskly along, and you keep wanting more.

Kanysha Williams was a riveting Claudette Colvin. She embodied the character’s youth and idealism, and her naivete also. After her refusal and arrest, she was shunned by many in the community, and lauded by others. The NAACP did not feel that she was the “right” test case as she was too dark, too young, too low class, and too “mouthy.” The musical did a righteous job contrasting the way people felt about Colvin and Parks, who was lighter-skinned (more indicative of middle-class), quieter, and more “respectable.”

Iyona Blake, well-known to DMV audiences, played Rosa Parks. She channeled her ladylike behavior, her calmness and her determination, particularly after meeting Colvin. While this was a dream cast, other notable performers included Solomon Parker as Fred Gray, the (very young and green) lawyer, and DeCarlo Raspberry as E.D. Nixon (et.al.) brought heartbreaking contrast to the younger members of the movement yearning for action and the older, more cautious members urging care. Greg Watkins as Q.P. Colvin played Claudette’s father and Mary Anne Colvin (as her mother) was played by Ashley Moore (Johnson). Both actors embodied the fear and courage it took to stand by their daughter against the Jim Crow system.

The rest of the standout cast included Alex De Bard as Margaret Johnson, Kelli Blackwell as JoAnn Robinson, Brent Stone as Mayor Gayle and others, Brice Guerriere as Officer Ward and others, Ashley K. Nicholas as Ensemble and Megan Bunn as Ensemble.

“Montgomery” was directed by Kevin McAllister with the heart and hope and sorrow such a story demands. When he appeared on stage at the beginning of the talk-back, the audience erupted into cheers again, and he deserved the kudos for the seamlessness and beauty of the storytelling.

While we didn’t get a target date for completion (maybe spring of 2019?), I would like to add my voice to the chorus of people asking, “When?” This is a story that needs to be told and this is a wondrous vehicle for it. I feel privileged to have had the opportunity to experience this work. “Montgomery” was produced by Monumental Theatre Co. as part of the 17th Annual Page to Stage at the Kennedy Center, Washington, DC.

The show was one day only, Saturday, September 1 at 5:30 PM – 7:30 PM. Click here for more information on Monumental Theatre Company.