“…creepy and kooky fun for the entire family.” – Mark Beachy.

Synopsis: In the kooky, upside-down world of the Addams Family, to be sad is to be happy, to feel pain is to feel joy, and death and suffering are the stuff of their dreams. Nonetheless, this quirky family still has to deal with many of the same challenges faced by any other family, and the spookiest nightmare faced by every family creates the focus Lippa, Brickman, and Elice’s musical: the Addams kids are growing up. The Addamses have lived by their unique values for hundreds of years and Gomez and Morticia, the patriarch and matriarch of the clan, would be only too happy to continue living that way. Their dark, macabre, beloved daughter Wednesday, however, is now an eighteen-year-old young woman who is ready for a life of her own. She has fallen in love with Lucas Beineke, a sweet, smart boy from a normal, respectable Ohio family — the most un-Addams sounding person one could be! And to make matters worse, she has invited the Beinekes to their home for dinner. In one fateful, hilarious night, secrets are disclosed, relationships are tested, and the Addams family must face up to the one horrible thing they’ve managed to avoid for generations: change. 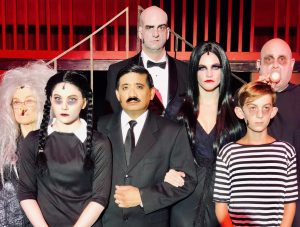 2. ‘Singin’ in the Rain’ by 2nd Star Productions at Bowie Playhouse.

“… feel-good show for the entire family, proving once again that old musicals can still be magical even in this day and age.” – Laura Tayman.

Synopsis: The “Greatest Movie Musical of All Time” is faithfully and lovingly adapted for the stage. Singin’ in the Rain has all the makings of a Tinseltown tabloid headline – the starlet, the leading man and a love affair that could change lives and make or break careers! In silent movies, Don Lockwood and Lina Lamont are a hot item but, behind the scenes, things aren’t always as they appear on the big screen! Meanwhile, Lina’s squeaky voice might be the end of her career in “talking pictures” without the help of a talented young actress to do the talking and singing for her. Filled with every memorable moment from the film and a downpour of unforgettable songs, Singin’ in the Rain is a guaranteed hit! 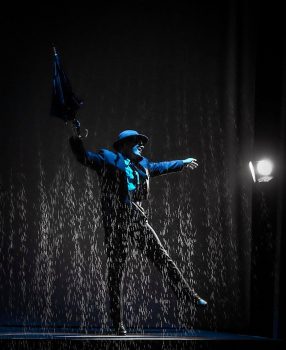 “This is a fantastic production put on by Spotlighters and too much fun to resist.” – JV Torres.

Synopsis: Lysistrata, originally written and performed in 411 BCE, is considered by many to be the greatest work of the ancient comic playwright Aristophanes. In the play, as part of her extraordinary mission to stop a grinding, never‑ending war, Athenian matron Lysistrata convinces the women of Greece to withhold sex and to capture the Acropolis, thus bankrupting the war effort and reducing men to comic deprived desperation. Bawdy, unrestrained and surprisingly modern in its world view, Lysistrata is performed in a recent translation by Sarah Ruden that critics call “a perfect Lysistrata for the new millennium.” 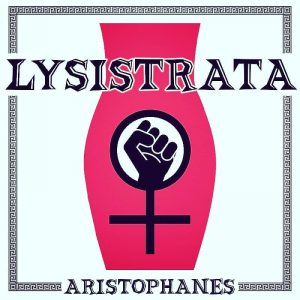 “…a thoughtful exploration of culpability and responsibility and consent and gives a very authentic voice to a woman’s anger.” – Mary Ann Johnson.

Synopsis: Ten years after they graduated high school, Jon, Vince and Amy are re-united in a motel room in Lansing, Michigan.  This play focuses of the connection and obligation we feel towards people we have a shared history and explores sexual consent and the different perceptions and impact of one event in these characters’ lives. 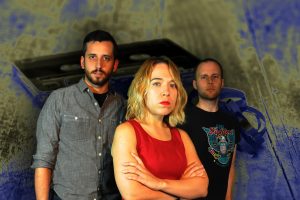 Joe Waeyaert as Jon, Brianna Goode as Amy and Mike Rudden as Vince in Tape at Dominion Stage.

“… treat yourself to a beautiful night of jazz… ” – Liz Ruth-Brinegar .

Synopsis: Ain’t Misbehavin’ September 14 – November 4 ‘This joint will be jumpin’ with Ain’t Misbehavin’,  one of the most popular, well-crafted revues of all time and a Tony Award winner for Best Musical. The inimitable Thomas “Fats” Waller rose to international fame during the Golden Age of the Cotton Club with his infectious swing music. Ain’t Misbehavin’ evokes the delightful humor and powerful energy of this ‘American original’ with music made famous from uptown clubs to Tin Pan Alley to Hollywood! 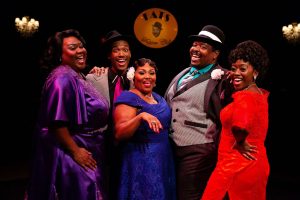