‘A Quick 5’ with Kate Eastwood Norris 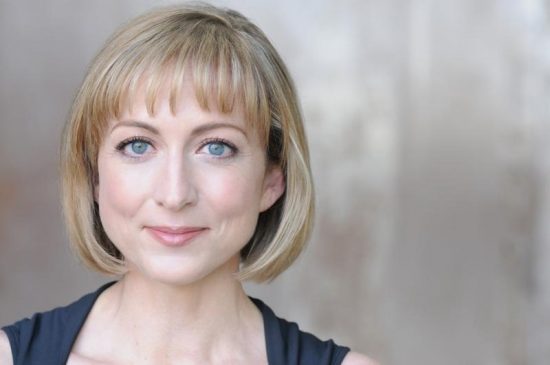 Kate Eastwood Norris is playing the role of Philip the Bastard in Folger Theatre’s production of “King John” which runs October 23rd through December 2nd.

What makes Philip the Bastard such an interesting character?

I could give you the dramaturgical answer about how different he is than Shakespeare’s usual discontented bastards because of his specific circumstances, sense of humor, and lust for life, but really, right now I am loving the fact that I get to be knighted, forcibly held back from fighting because of all the damage I might do, and many other examples of being a complete bad-a*s. Women don’t get to experience these things in Shakespeare and it feels incredible.

This will change because it always does, but right now it is:

“Put up thy sword betime,

Or I’ll so maul you and your toasting-iron

That you shall think the devil is come from hell”

I mean come ON!

If you could ask William Shakespeare any question, what would it be and why?

Interestingly, it would not be a question about how a line or character should be played because figuring that out with my cast and director is most of the fun and challenge, but I am actually dying to know if Christopher Marlowe really was a double agent!?

What’s your advice to someone performing Shakespeare for the first time?

Never let how lucky you feel fade entirely away.

Don’t let the gorgeousness of the language suck you into thinking all the characters are not often coining the phrases as they speak.

Remember the architecture of the theaters for which Shakespeare was writing and include the audience in your journey.

What attracted you to begin a career as an actor? Why do you feel this is the ideal profession for you?

It all began with a deep appreciation for comedy and watching Carol Burnett episodes where the cast were clearly having the time of their lives. That and a powerful sense that telling stories is worth any amount of effort. It has been my ideal profession, but I am thinking teaching is calling me a bit more these days. The idea of introducing Shakespeare to a bunch of freshman required to be there fills me with more of a sense of purpose than tackling any role I can think of, except, of course, for the Bastard!