‘A Quick 5’ with Tim Murphy 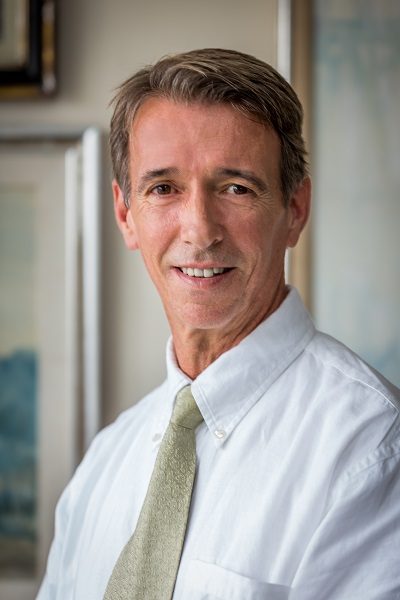 Tim Murphy is the current Artistic Director and co-founder of The Next Ice Age which kicks off its 30th season this Sunday afternoon at the Mt. Pleasant Ice Arena in Baltimore.

Bio: Tim Murphy’s professional career began in Ice Follies, where he performed the role of the big yellow chicken in the Old MacDonalds Farm number. His second job was as an ensemble skater and featured soloist with the John Curry Skating Company. While with the Curry Company, he performed on some of the world’s great stages, including The Kennedy Center Opera House, The Metropolitan Opera House, and The Royal Albert Hall and skated to the work of some of the finest dance choreographers, among them Twyla Tharp, Eliot Feld, Lar Lubovitch and Laura Dean. Mr Murphy’s choreographic career began in 1988 with the debut of Machines for the premiere performance of The Next Ice Age, followed by a commissioned dance by Maryland Public Television. For the last 16 years Mr Murphy has directed and choreographed The Next Ice Age at The Carousel Hotel in Ocean City, MD. These summer shows have become very popular and are performed every night for ten weeks.

A sneak preview of ‘The Ice King,’ a documentary about the life of Olympic skater John Curry, followed by a live performance of his masterpiece ‘On The Beautiful Blue Danube,’ takes place this Sunday, Oct. 14, from 4-7 p.m. at the Mt. Pleasant Ice Arena, 6702 Hillen Road, Baltimore, MD 21239. For ticket information, visit online.

Please talk about the upcoming 30th anniversary festivities of The Next Ice Age.

Having the word ‘Next’ in the name of our company makes it a little uncomfortable for me to look back instead of forward. Nathan and I have pretty much conditioned ourselves to get moving onto the next project. I look at our 30th Anniversary as a way to thank and congratulate our many board members and volunteers both past and present. I have unfortunately seen a lot of dance companies open and close in these thirty years and somehow ours hasn’t. I think it has a lot to do with these wonderful and supportive folks around us. John Curry’s “On The Beautiful Blue Danube” is the perfect vehicle to celebrate our Anniversary. This tends to be an overused word in art circles, but ‘Danube’ truly is a masterpiece. It’s just a gem. It was an honor to skate it and present it in 1990 and it is an honor to present it now. Of course we are thrilled that it plays such a large part in this engaging new ﬁlm “The Ice King.”

Over the course of 30 years, how has The Next Ice Age grown as an organization?

The Next Ice Age has grown in more directions than I ever thought possible. I’m very proud of all of them (including Men Skating, The Next Ice Age Academy, The Next Ice Edge and so on), but to be honest these were all brain children of other people – mostly Nathan whose inventiveness still amazes me – but from our board members and other skaters as well. I know a good idea when I hear it and am happy to be supportive and help cultivate young enterprises. I have been very involved with our summer performances at The Carousel Hotel in Ocean City, MD. We are heading into our 18th consecutive season which is incredible. My biggest joy now regarding Ocean City is the ability to employ these very deserving and talented skaters. It takes a very long time to learn how to skate well enough to perform and there aren’t a lot of credible and serious minded venues in which to show your skills. It is with deep gratitude that Nathan and I am able to provide such a venue.

What makes you and co-founder Nathan Birch such a great team?

Nathan and I have known each other since we were children. By now we can read each others minds. We both have a keen sense of the ridiculous which comes in very handy during production when weird stuff tends to happen. So, we are very serious when we need to be but we also laugh a lot too. Artistically we were raised in the same school of thought. We both feel there is a right way to skate and to carry your body, etc. There is no ‘school of skating’ anywhere else like there is in the dance world. Every skater is taught differently and mostly they are taught skills to win competitions. We need our skaters to dance with common sensibilities in order to convey the reasoning behind the choreography; so we teach a lot. We both love to teach class and would do it every day if we could.

You hold the distinction of being the only skating choreographer ever to choreograph for Mr. John Curry. Please talk about that experience.

I choreographed a sextet for a live New Years Eve show on PBS. The dance is called “The Stroke Of Midnight” and was set to Tchaikovsky’s waltz from ‘Eugene Onegin.’ It also had a terriﬁc cast including John Curry. John had dances built for him by some of the ﬁnest dance choreographers of the day including Twyla Tharp, Eliot Feld, Peter Martins, Lar Lubovich – it’s a long list. But to anyone’s knowledge he hadn’t, as a professional, been choreographed by anyone from the skating world. Through some stroke of (midnight) luck that job fell to me. I don’t remember how it came about. I must have lobbied for it. I also don’t remember being nervous but I was pretty full of myself then. The best surprise to me was how charming and helpful John was during the rehearsal. My reference up to then had been him directing me and he could be brutally intimidating. I think he enjoyed this little role reversal and because of that, so did I. He offered step suggestions a few times, some of which I took and others not. He was delightfully dramatic and feigned heartbreak when I decided to go with my own step instead of one he devised. I really had fun except for that tick tock countdown to live national TV.

From 1991 onward, you have been Dorothy Hamill’s only choreographer, creating more than fifty dances for her various tours and television appearances. What is it like working with Dorothy Hamill?

It was a lot more than 50 dances, but I am a lousy chronicler and so is she, so who knows how many there were? It was a lot. Full disclosure here: I’m a big fan. Dorothy Hamill is the most fully realized skater in history. Period. Have I known every skater in history? No, but I stand by that statement. No skater I ever heard of has ever worked as hard and as long to constantly improve their skills as her. It was a never ending search for excellence from when she was a little girl until her mid ﬁfties. Our choreographic collaboration lasted as long as it did for 2 reasons. First, we truly enjoyed each others company and still do. Secondly, once in a while we came up with something that audiences really connected to. On the ice it was the easiest job I ever had. She always wanted me to teach her something to work on, and I would, but of all the skaters I’ve worked with she needed the least actual instruction. I think working in the John Curry company awoke something inside her, something about what her deﬁnition of skating beauty was, and she just set herself to ﬁnd it. She found it. I was there and watched it. The ﬁrst dance I did for her was for an appearance with The Next Ice Age. It was called “From Cloud To Cloud.” I named it after I saw her do the ﬁrst runthrough. It looked like something that belonged in the sky. I loved our years together. People used to ask me why I didn’t choreograph for other skaters of that caliber and I would explain about time constraints, my work with The Next Ice Age, etc. and walk away thinking ‘There are no other skaters of that caliber.”