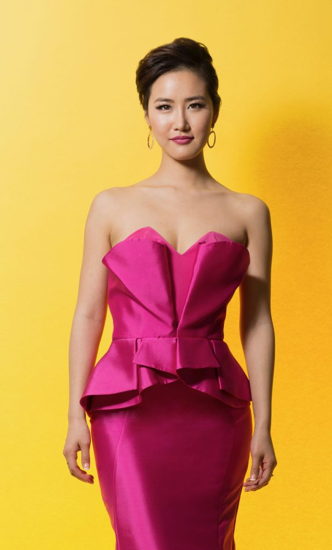 Young soprano Hyesang Park has been making a name for herself in opera around the world. Vocal Arts DC brought this charming and sweet young singer to The Kennedy Center for her Washington, DC debut.

She has great skill and don’t be surprised if her name appears more often soon.

Park has great vocal control and agility, which she demonstrated throughout the program. From the nimble intricacies of Henry Purcell’s “Music for a While” to the layered the lively “Paganini” by Francis Poulenc. She demonstrated skill in English, French, German, and Spanish language pieces.

She was able to switch from sensual and mournful in Gabriel Fauré to the more delicate sounds of Reynaldo Hahn. The first part of the program was innocent and sad and flirtatious. She sang this part in a beautiful golden gown.

When she entered after intermission in a voluminous red dress the audience gasped. She was preparing us for her second half which consisted entirely of late 19th-century/early 20th-century Spanish music. She opened this section with Enrique Granados’ “No lloréis ojuelos” to which the audience unanimously exclaimed “Wow!” when it was over.

In this second half, she filled the room with feminine power. Her voice soared and told the stories that she sang.

Park’s accompanist, Ken Noda, is a playful and wildly skilled pianist. His nimbleness partnered with her nuance made them a fantastic example of a partnership between musicians. This was especially clear in Joaquín Turina’s “Cantares” where there is a joyous back and forth between singer and piano.

Hyesang Park is still early in her career. She has great skill and don’t be surprised if her name appears more often soon. Hopefully, she makes a return to the DC area.