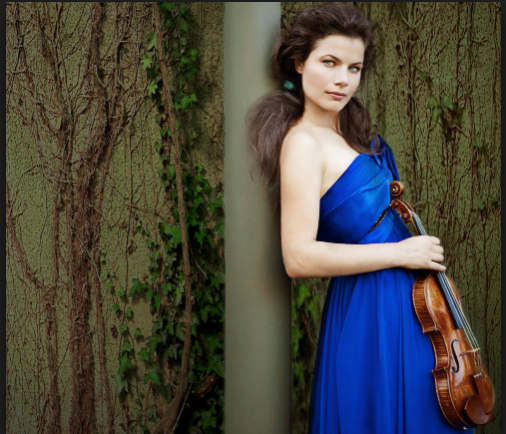 Leonard Bernstein might be one of the most recognizable American composers of all time. This year, on the 100th anniversary of his birth, many notable musical groups are doing tributes to his work and his influences. The National Philharmonic is no different, putting together a tribute performance based on his quote, “an orchestral artist is a living being, a musician incorporating all the music that has preceded him, and all the music informing his daily life…” With this in mind, the Philharmonic built a program representing three distinct musical genres, all admired by Bernstein for different reasons: Mozart’s overture to “The Magic Flute,” “Barber’s Grand Concerto for Violin and Orchestra,” and “Shostakovich’s Symphony No. 5 .”

Who better to conduct this tribute than Piotr Gajewski, a student of Leonard Bernstein himself. Not only is Gajewski the Music Director and Conductor of the National Philharmonic at Strathmore, but he is also the Principal Guest Conductor of the Silesian Philharmonic and frequent guest of other orchestras. After starting learning the piano at age 4, he quickly rose through the musical ranks, earning a Leonard Bernstein Conducting Fellowship.

Hristova preferred to perform standing, and immediately established herself as a dynamic, passionate performer.

This is not the only event this year that will honor Bernstein and his musical legacy. The National Philharmonic will also present a Choral Celebration of Bernstein’s work on November 17th, including selections from “Mass”, “Candide”, and, of course, “West Side Story.” Then, in January, the National Philharmonic will honor a notorious concert of Brahms that Bernstein conducted in 1962, as well as another favorite of Bernstein’s: Tchaikovsky.

This performance was also a part of Gajewski’s program “All Kids, All Free, All the Time,” an initiative that allows young people from 7-17 to see the Philharmonic’s performances for free. This promotes the opportunity for families to enjoy orchestra music together, a cause very close to Gajewski’s heart. There are also often opportunities before the show for young people to access musical instruments and other educational activities to foster interest in classical music.

The concert began with Mozart’s “Overture to the Magic Flute.” The Philharmonic got things off to a strong start, making excellent use of dynamic changes and smooth transitions between the more legato and allegro sections of the piece. This selection cannot be successful without a mellifluous flute solo to match the name of the piece. Luckily, this solo played expertly by principal flutist and section leader David Whiteside, evoked all of the magic that the title implied. The horn section was also a standout, producing a majestic, regal tone. There was also a lovely woodwind trio of oboe, flute, and bassoon that this reviewer found charming within an accomplished performance of a famous piece.

Next up before the intermission was the “Violin Concerto, Op. 14” by Samuel Barber. Gajewski and the Philharmonic were joined by acclaimed violinist Bella Hristova. Hristova is a prize-winning young musician who has performed extensively as a soloist with orchestras in major cities like Boston, Washington D.C., and New York in famous venues like Lincoln Center and Carnegie Hall. She began her violin studies at the age of 6 in her native Bulgaria, continued at the Curtis Institute of Music in Philadelphia, and received her artist diploma from Indiana University. She plays a 1655 Nicolo Amati violin, and currently has a recording on A.W. Tonegold Records, entitled “Bella Unaccompanied.”

Hristova preferred to perform standing, and immediately established herself as a dynamic, passionate performer. She played the entire piece from memory, with no sheet music. Right from the first movement, she demonstrated incredible skill and speed, on notes that ranged from low to piercingly soprano. Gajewski’s expert conduction of the Philharmonic made this piece’s majestic score soar. The strings stood out in the first movement for their impressive pizzicato section, expertly succinct. Later, there was a gorgeous French Horn solo from principal and section leader Michael Hall; his rich, velvet tone made the section very emotional. Another stand-out solo was from Mark Hill, principal oboist and section leader. He demonstrated equal skill with the slower, more poignant sections, as well as the tight, quick melodies. The audience was on its feet at the end of the piece and were rewarded with an encore from Ms. Hristova of a traditional Bulgarian dance tune.

The performance was concluded with Dmitri Shostakovich’s infamous Symphony No. 5 in D minor. The reason I say infamous is that this symphony is largely considered to be a response to supreme leader Stalin’s very public criticism of his Symphony No.3. That symphony was un-apologetically avant-garde, and Stalin accused Shostakovich of writing music that was not accessible to the masses, of course going against the true communist ideals that Stalin pretended to uphold. As a result, Shostakovich set aside his equally radical Symphony No. 4, and set to work on No. 5, which subtitle was “A Soviet Artist’s Response to Justified Criticism.” Shostakovich took a clever hermeneutical approach to this symphony, encoding criticism of the regime into his work so deftly that those who were knowledgeable about his music would know exactly what he was trying to say, while the more uneducated, like Stalin himself, would have the criticism go right over his head. In other words, Shostakovich found a sneaky and effective way to #Resist.

The symphony brought the performance to a resounding close, with the beautiful melancholy chords of the first movement being offset by the abrupt arrival of a military sounding section, most likely representing the unwelcome government meddling in Shostakovich’s artistic vision. The Philharmonic deftly navigated these quick changes, including more coded commentary like the strange appearance of several 4/4 measures in the typical 3/3 tempo section for movement 2, and then the inexplicable appearance of an elegy in the 3rd movement.

However, the most impressive representation of Shostakovich’s displeasure is the bombastic ending of the piece. He purposely made the ending excruciatingly slow, which not everyone always realized was intentional. Ever educational, when Gajewski was introducing the piece after the intermission, he actually had the Philharmonic play the double-time version to demonstrate the difference. The audience was able to see the stark difference; while the version that was sped up sounded jubilant and triumphant, the ending as it was intended instead had a sort of relentlessness about it. A forced levity that actually put most of the audience in unease. While the entire performance was excellent, the expert navigation of what is obviously a nuanced and complex piece was a complete triumph for Gajewski and the Philharmonic.

While”Lenny’s Playlist” has concluded, click here for more information on the next National Philharmonic performance, which is a can’t miss for Bernstein fans.