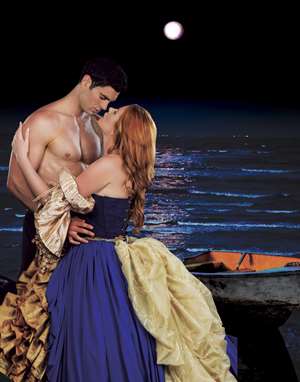 Teatro Lirico of DC will present its traditional annual zarzuela production on Saturday, November 10th (7:00PM). This year, they will perfom “Los Gavilanes” (Sparrowhawks), one of the most popular zarzuelas in the Spanish lyric repertoire. Zarzuelas are the traditional Spanish musical theater, and they are characterized by a combination of operatic arias, Spanish folk tunes and dances.

For the performance of Los Gavilanes, the public in Washington will be able to appreciate the prestigious baritone Gustavo Ahualli, who has sung at the prestigious Teatro Colón Buenos Aires on several occasions and the mezzo Anamer Castrello, a favorite of the Washington public, as well as the soprano. Amanda Fink and the tenor Nelson Ebo. All of them, accompanied by  orchestra and the Ballet Furia Flamenca.

Teatro Lírico de DC is a leading Hispanic opera company in America. His productions are characterized by their respect for the original text in Spanish and by the care in presenting correct montages in both the musical and scenic part. The performance will be held at the Columbia Heights Educational Campus theater. 3101 16th St NW, Washington, DC 20010.

It is performed in Spanish with English surtitles. For more information, visit online or call (202) 360-3514.