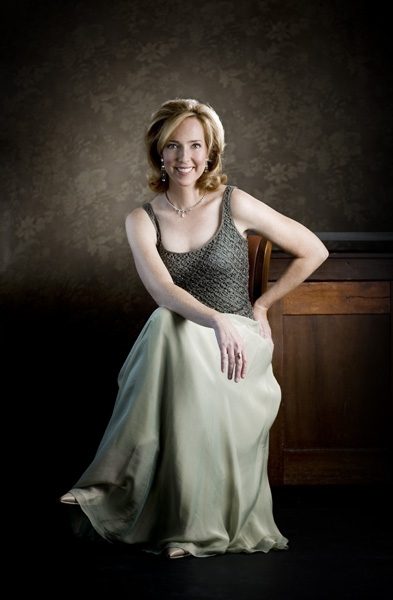 Niccolò Jommelli’s “Cerere Placata” with libretto by Michele Sarcone was written in 1772 for the baptism of Princess Maria Teresia di Borbonne of Naples and Sicily. It is of an elite class of opera, Festa Teatrale, which were written specifically for such events. These types of operas were not performed for the public but were shared with those types who would find themselves at royal baptisms and birthdays. This genre of opera is not explored often today, making Jommelli nearly unknown to modern opera goers. He was one of the most well-known composers of his time.

“Cerere Placata” follows the story of Cerere, queen of Sicily, whose daughter Proserpina was abducted by Titano, the king of Spain. She did not know that her daughter had eloped with the king and they are in love. Cerere’s rage encompasses her and she seeks to kill Titano. With the guidance of her counselor, Alfeo, and priest, Gran Sacerdote she must negotiate her choices.

The role of Cerere was sung by Jennifer Casey-Cabot, a delightful soprano with a soaring voice and dynamic emotional expression. Arianna Zukerman sang Gran Sacredote remarkable control of her wide vocal range. Giove, or Jupiter, the deus ex machina of the story, was sung by Patrick Kilbride with a dramatic and flourishy flair.

Proserpina was played by Laetitia Grimaldi who has a sweet yet powerful voice meant intricate singing. Her confrontation of Cerere was empowering and nuanced. She also accomplished a great give and take relationships with the orchestra. Her duets with Stephanie Houtzeel, who played Titano, were incredibly nuanced with beautifully tight harmonies.

Thomas Michael Allen played Alfeo with his smooth tenor voice and comedic dryness. The character is always remarking on how afraid he is and that he is trembling and Allen’s approach to this was both authentic and light.

The orchestra, conducted by Charles Brink, who also played the flute, accomplished a great feat with Jommelli’s complex score. The music felt like that of a royal court with its refined musicality and light layers of nuance.

Paul Peers directed this concert version with an effortless approach. The fluidity of the storytelling across the stage was engaging and simple.

Opera Lafayette has brought a work that has been buried for centuries back into the open. Their goal to explore opera in a new way has certainly been achieved by bringing ‘Cerere Placata’ to a new audience.