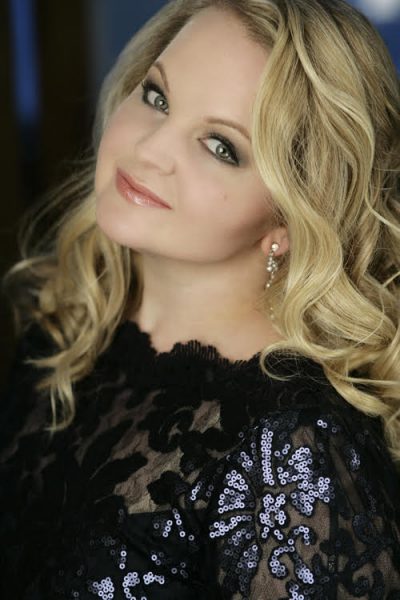 This past Friday, Vocal Arts DC kicked off their 2018-2019 season with mezzo-soprano, Elizabeth DeShong, and pianist, Mark Markham in recital at the Terrace Theater. Amid the myriad of classical music ensembles in the DC area, Vocal Arts DC provides the unique opportunity to experience art song recitals performed by up and coming and seasoned opera singers. Their choice in presenting Elizabeth DeShong, an American born mezzo-soprano whose awe-inspiring voice both rivets you with its intensity and vast array of colors, reminded everyone in attendance of the often-overlooked beauty of art song literature and the sheer marvel of the naked human voice.

The program featured selections hand-picked by DeShong from the 20th century song repertoire. The opening song cycle, “A Charm of Lullabies”, by Benjamin Britten was a strong starting choice as the disjointed melodies and mouthfuls of haunting English text create a technical challenge for any singer. Easily up to the task, DeShong’s rich contralto presence added even greater effect to the unnerving text and she navigated the unaccompanied start to the fifth song with stunning pitch.

DeShong’s commanding presence equally balanced with gracefulness, allowed her voice to envelop the audience in its storytelling ability.

Other notable selections in the first half included the Schoenberg “Vier Lieder, Op.2”. Slightly uncharacteristic of his later composition style, these songs showcase the Schoenberg’s romantic sensibilities with text by Richard Dehmel that articulates sensuous conversations between lovers. The heightened level of interpretation and impassioned characterization expressed by DeShong in this particular set would seem to reveal it as one of her favorites on the program.

The second half of the program started with an obscure Italian set by Ildebrando Pizzetti with arguably the most fascinating text; each song showcased the drama of a standalone folk-song. DeShong demonstrated her extensive color palette of expression in her telling of these old Italian tales of love and woe. Her commanding presence equally balanced with gracefulness, allowed DeShong’s voice to envelop the audience in its storytelling ability.

This set was followed by Reynaldo Hahn’s familiar “Three songs.” DeShong’s interpretation of “À Chloris”, one of art song repertoire’s quintessential love songs, was a delightful change in pace for the listener as it’s lush romantic melodies quieted the recital hall. Jake Heggie’s increasingly popular song cycle “Paper Wings” ended the program on notes of nostalgia and comedy, bringing the audience to tears as we reminisced on our own childhood upbringings and laughed at the hysterical antics played out in “A Route to the Sky”.

Every good recital has an encore, and DeShong brought down the house with her two final numbers “Climb Every Mountain” from The Sound of Music and “I Love the Piano” by Irving Berlin. Overall, DeShong’s performance thrilled and pianist Mark Markham’s sensitivity at the keys truly brought these 20th-century songs to life.

This recital had only one performance on Friday, September 28, 2018. However, if you are interested in seeing more art song recitals, be sure to check out Vocal Arts DC’s upcoming schedule which includes recitals with talented singers such as Simon Keenlyside and Angel Blue! Click here for more information.